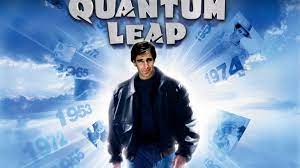 No, don’t you dare reboot Quantam Leap, you’ll just mess it up

One of the scarier angles of social media during the Thanksgiving holiday was the discussion of time travel TV shows. And of course, one of the most underrated hits of the late eighties and early nineties came up.

That would be Quantam Leap.

The one hour NBC drama starring Scott Bakula and Dean Stockwell, featured the adventures of Sam Beckett, a scientist who’s experiment resulted in him constantly “leaping” into the bodies of people across history, trying to right wrongs all across the timeline . He leaped into historic figures and even himself.

Upon it’s finale, it was revealed that Sam Beckett, never returned home. An unpopular ending to a great show.

One or two seasons and they trash the reboot. The legacy of that show is forever tarnished. They’ve done it without just about everything now from Charlie’s Angels to Knight Rider. Most of the time it’s just junk.

And a reboot would almost certainly bring some unwelcomed changes because of our ultra sensitive TV palettes. This means they wouldn’t be able to fully embrace an important learning aspect of the show. Sam leaps into everyone and there are some hard lessons learned. TV audiences today can’t handle that and the writers aren’t good enough to tell that story.

Just this once. Let’s leave a good show alone. You’ll just mess it up if you don’t.

2020-11-26
Previous Post: This posthumous Thanksgiving message from Alex Trebek will both inspire you and make you miss him even more
Next Post: Internet Trolls were calling for Creed during halftime of the Washington vs. Dallas Thanksgiving football game