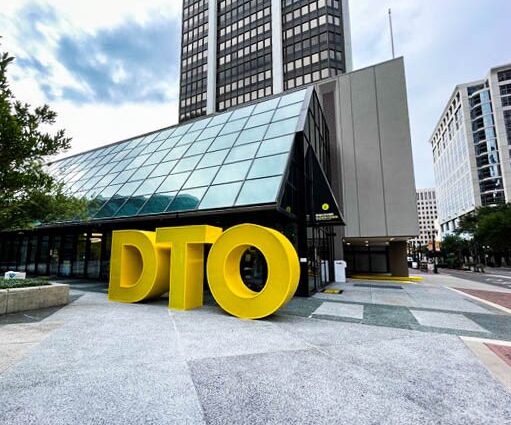 The Orlando Downtown Development Board, whose biggest accomplishments has been wasting city funds and standing up a giant ugly statue on Orange Avenue (post HERE), has figured out what the city should do to combat nightlife violence.

They need to crack down on permitting. That’s right. Permitting (story HERE).

You see, it’s downtown establishments operating outside dining operations that are the cause of shootings, fights, and other conflicts that require the police to get involved.

Once again, this unneeded organization is tone deaf to what’s actually going on downtown.

To get serious for a moment, there was a shooting death in downtown Orlando last month. The victim was an Army veteran who was just trying to grab a bite to eat. It could have been me or any other Orlando vet. Lord knows, I’ve spent plenty of nights downtown just having a good time.

But the problem isn’t restaurants offering outdoor service. I’m not even sure how that thought process worked out.

No one goes downtown, has a quesadilla outdoors and decides “Hey, I’m going to choose violence now”.

They drink too much. They do illegal drugs in unsupervised spaces like alleys and club bathrooms. And then the problems start.

Pointing at permitting sounds like an excuse to drive revenue into the city. It probably is.

Let’s not punish our restaurants, who have just survived a pandemic, with code enforcement for a problem this board knows nothing about.

Be better, City Of Orlando.

2021-06-09
Previous Post: Kudos to Orange County Commissioners for limiting I-Drive special interest charity.. Kinda
Next Post: Loki: It feels like the series is taking us into “No Way Home” territory