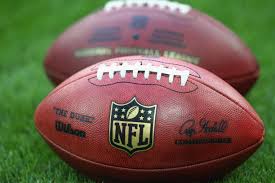 The world of NFL football and Florida politics recently crossed over each other again, when Senator Marco Rubio penned a letter to President Joe Biden requesting that former Navy cornerback, Cameron Kinley, have his service commission delayed, while he attempts his dream of making an NFL team. In this case, the Super Bowl champion, Tampa Bay Buccaneers (story HERE).

Bear with me while I explain the obvious for the sake of a writing formality. When you graduate form a military academy, you’re expected to serve in the military. Kinley would need a waiver to do so. And that request was recently denied without reason.

The President should let Kinley play. If only for the sake of preserving the nature of bipartisanship in Washington, if not for the game this nation loves.

There have been exceptions made before. It’s so rare that an athlete has the discipline to succeed both at a rigorous military academy experience and have the opportunity to play for an NFL team, that it deserves consideration.

“Grant Mr. Kinley’s waiver to play in the NFL, and send a message to future academy graduates that the United States is a country where Americans can follow their dreams and be true to their commitment.” reads Rubio’s letter.

Granting this special request doesn’t inconvenience anyone. It does however grant a dream.

This is also exactly what the NFL needs moving into a season where fans are expected to return as well. They need to be seen supporting military academy players.

This works in all ways. Let’s work together and make this happen.