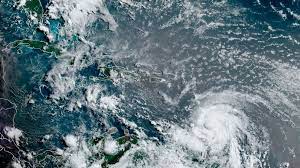 Florida Governor Ron DeSantis knew where he had to be on Saturday. And it certainly wasn’t at the Donald Trump rally in Sarasota.

It was the with the families mourning their lost ones at the Champlain Towers condo collapse at Surfside.

And it was monitoring the situation with Hurricane Elsa, as it churns through the Carribbean possibly on it’s way over here.

No leader in their right mind would have made an appearance with a former President yesterday, not even one that could be running for the position in three years.

It would have been a terrible dereliction of duty during a time when we need leadership above anything else.

He had already goofed during the first day of the Surfside collapse by holding that press conference on border security before sending police officers to Texas. He knows that. I’m sure he knows that.

There is no way he’ll make that mistake twice for what is essentially another photo opp.

And that’s what that rally was. If anything, it was a photo opp for the bottom of the 2024 ticket. Powerful and fun, but not what a leader would be doing during a crisis.

We also shouldn’t forget the tremendous power strong leadership during crisis can have on Floridians when they head to the polls next year too.

If DeSantis would have showed at the rally yesterday, his opponents would have thrown it in his face all the way until next November.

2021-07-04
Previous Post: “We Accept EBT” is the new rally call for Orlando retail and a hurting community
Next Post: Fourth Of July always exploits the bad parking problem in Orlando