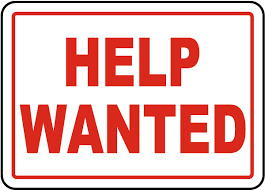 You’ll see it on at least half of the job listings in the greater Orlando area. Maybe more.

MUST OWN RELIABLE TRANSPORTATION.

For a market that is supposingly is dealing with a crippling worker shortage, these employers sure seem pretty sure that they don’t want a workforce that uses public transportation. Either that, or we need to redesign some keyboards because Caps Lock always seems to click on during that part of the job description.

I’m joking, but the whole thing is infuriating really.

In a market with the worst affordable housing in the nation, and the lowest wages in the nation, we have employers blasting workers for not accepting that terrible pay to show up, and then asking questions over how they get to work if they’re even interested in the job.

They’re not completely wrong though.

Public transportation, and I mean the LYNX bus system and Sunrail are terrible. LYNX has been bad for decades and Sunrail can’t evolve beyond a spine of a train packed by more unaffordable condos. If you’re not going downtown, it’s pretty useless.

And we keep pouring money into these failing systems with terrible leadership. They’re getting tens of millions more in American Rescue Plan dollars and our politicians are preparing to raise taxes to give them even more money to throw away.

All for systems Orlando employers don’t want to see on worker resumes. Goodness. Its all just rotten.

We have to give our workforce the tools to succeed. If we don’t, then it’s the employers and politicians that are to blame. They’re the ones that got us here.

And if you run into an employer that won’t hire someone who uses the public transportation we’re spending so much money on, ask them some hard questions.

Because our community is going in very expensive circles for services that won’t help our neighbors.