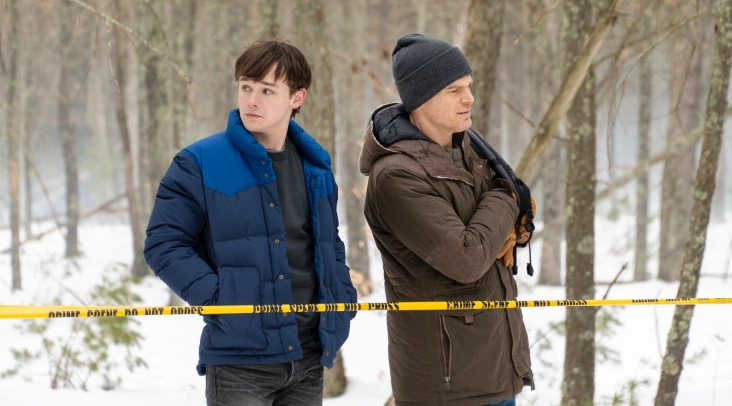 Dexter New Blood: Honestly, Harrison is kind of a brat. Isn’t he?

While Dexter: New Blood has been pretty solid up to this point, it does have one seriously glaring weakness.

We don’t really care about anyone in this series except for Dexter Morgan.

This isn’t actor, Jack Alcott’s, fault. His performance is fine. The problem is that I’m not even sure how we’re supposed to feel about the character. That’s a writing glitch.

His behavior is typical problematic teenager stuff, like drugs, parties, sex, all with a dark passenger tagging along. But he’s also a jerky presence who went through all of this trouble to find his dad and just isn’t very nice.

Throw this in with the psycho Deb visions, an inactive cast of town characters, and a really dislikable podcaster (played by the wonderful Jamie Chung) and there is no one to root for besides Dexter.

Maybe that is the way it’s supposed to be? I’m not sure.

The original series had a pretty likeable cast. Usually, the only person we didn’t like was the “big bad” each season brought before us. Clancy Brown’s Kurt is checking that box well.

But there are scenes where we’re almost wishing for Doakes to come back.

We’ve still got a lot of ground to cover. This is just a part of a character’s arc. We don’t know how this is all going to turn out.

But if this is the end of the road for Dexter like a lot of fans think it is, then the torch passing to Harrison might not hit as hard as it should.

If you like what you’re reading here, please consider supporting the blog. It’s just me here and every little bit helps. Thank you!

2021-12-13
Previous Post: Succession: Did Kendall die? And don’t blame Logan for “Red Wedding” ending
Next Post: We have to be aware of “cigarette style” advertising when it comes to Orlando affordable housing