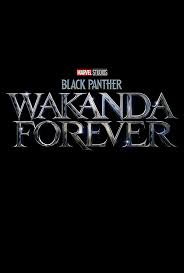 The #RecastTChalla has been a powerful push on social media to have the role of Black Panther recasted, instead of killed off or written off following the untimely passing of the late, great, Chadwick Boseman in 2020.

It is a movement that is creating some unintended side effects that may scare away a potential replacement for Boseman. That is setting up an impossible bar to clear in the MCU.

They say “never step into the shoes of a great man” and that couldn’t be more true in the case of the universally admired Boseman, who was gaining recognition for his acting months after his passing.

There are some on social media mentioning the fact that Marvel has already recasted some characters, including Hulk and Rhodes.

It’s an entirely different situation to recast following a contract dispute or creative differences, than it is following the early death of a gifted actor.

Honestly, I”m torn on the subject.

What I can say is that social media won’t go easy on a recasted actor. We have an online culture that picks apart every decision and will be actively trying to tear down whoever is selected.

The closest thing I can compare this situation to is the death of Alex Trebek and finding his replacement on Jeopardy. Over a year later, and the process has done more harm than good to the show.

Some people can’t be replaced. And in trying to continue their work, you may inadvertently do harm to what they created.

And there a lot of actors that won’t want to have anything to do with that.

2021-12-27
Previous Post: The Batman: the Pros and Cons of the latest trailer
Next Post: The Bachelor: California and Florida candidates lead count, two are from Orlando