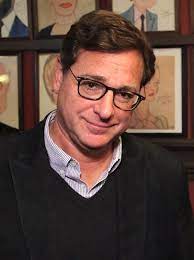 According to TMZ, “Full House” star and stand up comedian, Bob Saget, was found dead in Orlando on Sunday. He was 65 years old.

The Sheriff’s Department and the fire department responded to the hotel around 4 PM ET … after hotel security had found Bob in his room. We’re told he was pronounced dead on the scene, but the circumstances of his death are still unclear. according to the report HERE.

While Saget will always be remembered for Full House which ran for several seasons on ABC as the anchor of it’s TGIF line-up in the 80s and early 90s, he was also known for his edgy comedy which ran opposite of the wholes Danny Tanner role he played on television.

Below is a tweet from the Orange County Sheriff’s Department. Check back for updates.

Earlier today, deputies were called to the Ritz-Carlton Orlando, Grande Lakes for a call about an unresponsive man in a hotel room. The man was identified as Robert Saget & pronounced deceased on scene. Detectives found no signs of foul play or drug use in this case. #BobSaget pic.twitter.com/aB1UKiOlmi