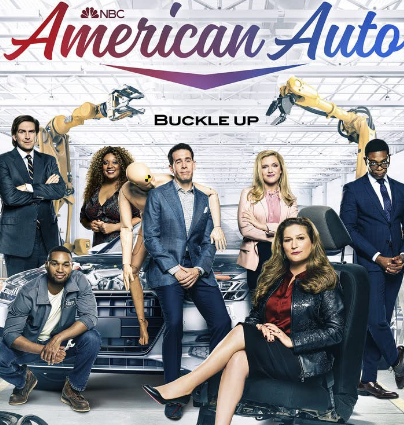 This episode was just crazy. From beginning to end.

American Auto was back this week with an emphasis on corporate responsibility, more specifically damage control after a social media post intended to show solidarity with the LGBTQ community went wrong.

The group from Payne Motors decided to try and make amends by reshooting a commercial, and if you’ve been watching the show over the past few weeks, you could probably figure out how that went.

And if you’re new to the show, then yeah, it went bad.

“Johnny Depp played a pirate. Did we have to recast because we didn’t want to offend real pirates?”

And those were the relatively tame lines.

Once again with American Auto, this stuff is going on in the real world. Payne Motors is just magnifying it a thousand times over.

It was definitely the edgiest episode to date. And ironically, social media had a lot to say about it.

#americanauto tackling real LGBTQ+ representation in their own comedic way is brilliant!

This commercial is all wrong on so many levels 🥴 #AmericanAuto pic.twitter.com/jNWrTQOyZ8

#AmericanAuto is hitting all the stereotype topics #NBC

This episode of #AmericanAuto is the best kind of uncomfortable re: representation.

Just accidentally discovered #AmericanAuto and I can't stop laughing. This is some seriously good writing AND acting🤣🤣🤣

. @nbc’s #AmericanAuto is not only funny, its depictions of what’s said in the c-suite are pretty accurate.

The show was the epitome of uncomfortable comedy this week.

“Are you afraid the Proud Boys won’t buy the car anymore?”

But this is probably the episode I would show to a first time viewer. There was zero lag. It was nuts.

I’ll see you next time.

And if you like what you’re reading, please consider helping the blog. It’s just me here and every little bit helps. Thank you!