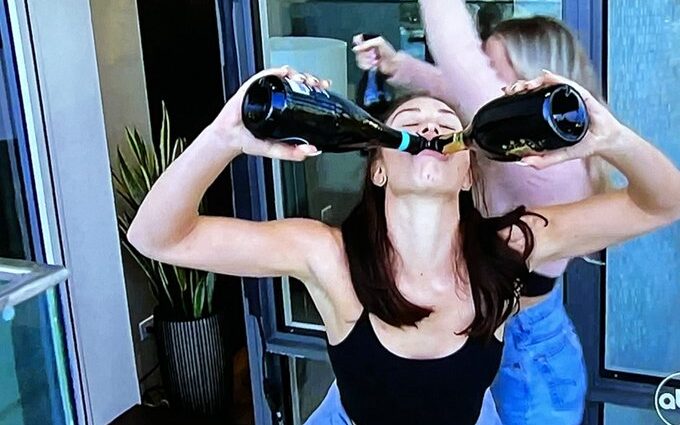 The Bachelor: Cast and fans throw epic celebration after Shanae is eliminated

I thought last night’s Super Bowl celebration was going to be the biggest party we saw on TV this week.

And I would be wrong, as Bachelornation celebrated the elimination of one of the show’s biggest villains of the modern era.

That would be Shanae, who would be sent home on her two on one date with Bachelor Clayton Echard choosing Genevieve on their Niagra Falls outing.

When Genevieve “The Shanae Slayer” returned to the Toronto hotel where the others were staying on their road trip, a party erupted with the ladies popping bottles of champagne and dancing in their rooms.

The elimination of a major heel like Shanae can often go in the other direction on certain occasions, with the show missing some spice afterwards, but a flash poll taken on FTR Twitter illustrated fans were just glad she was gone.

And there were other tweets signaling nothing but elation afterwards..

we have no choice but to stan #TheBachelor pic.twitter.com/zQDPjTAePf

i love this moment for my girls #TheBachelor pic.twitter.com/leWbQ30M5J

The girls when they found out Shanae got sent home #TheBachelor #Bachelor pic.twitter.com/dF14NLbFW7

when shanae doesn't get the rose #thebachelor pic.twitter.com/vwzmfnCu2z

You’ve gotta be next level *vile* to inspire women to celebrate your demise like this #bachelor #thebachelor pic.twitter.com/NEPDEj3GLC

This will probably go down as my favorite clip in the bachelor ever#Bachelor #bachelorabc #TheBachelor #TheBachelorABC #BachelorNation pic.twitter.com/TFCMcjVIwk

Just wait until Shanae comes back for Bachelor in Paradise though. She was too good not to bring back. And being bad is a skill on reality television today.

2022-02-14
Previous Post: Spiderman: No Way Home is favored to win new Oscars “Fan Favorite” award
Next Post: AEW: Don’t believe anything on Cody Rhodes returning to WWE until you see it