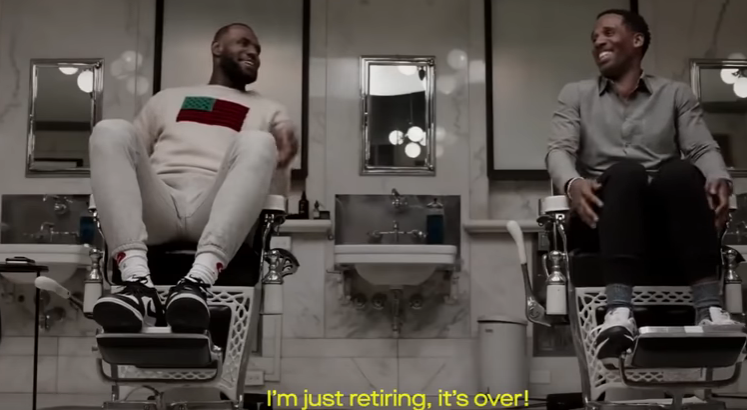 Lebron James made it clear on Saturday. He wants to wrap up his legendary career playing with his son, Bronny.

“Wherever Bronny is at, that’s where I’ll be. I would do whatever it takes to play with my son for one year. It’s not about money at that point”.

But what if Bronny comes to Orlando?

LeBron James does not like Orlando. He made that clear last year on national television during an episode of his “The Shop” series on HBO, where he claims he got PTSD from playing at the bubble at Disney.

The same bubble that allowed LeBron to win his only championship with the Lakers to begin with.

The same community that carried out unprecedented operations without reporting one positive COVID test.

The community where so many families are moving we can’t even keep up.

“I’ll retire” he said during that same conversation when asked what he would do if he got traded to Orlando.

“LeBron traded to Orlando. Lives in Malibu.” he said while laughing.

Destiny has a strange way of working out. And it’s very possible that the Magic will still be dreadful when Bronny joins the league in a couple of years.

What happens them? Orlando is a top 25 television market. but it would be the smallest market LeBron will have played in during his career unless something else happens. And the biggest sports revelation this town has ever seen.

But we haven’t forgotten what LeBron has said.

2022-02-19
Previous Post: The King’s Man, hindered by pandemic scheduling, finally arrives on streaming
Next Post: Cleveland Fans had no chill for Steph and Ayesha Curry during their segment on NBA All Star Saturday Night