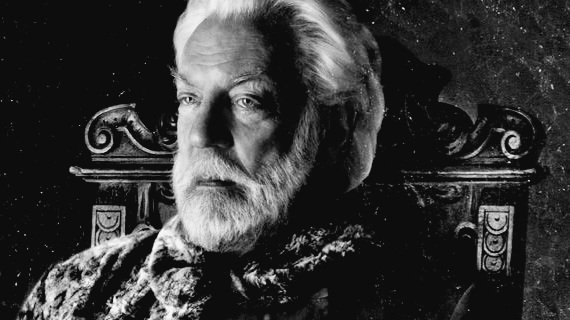 Trending: No, Donald Sutherland is not dead

Early Saturday afternoon, legendary movie star Donald Sutherland, began trending on social media, leading many to believe that the 86 year old star and father of fellow actor, Keifer, may have passed away.

For fuck's sake, Twitter, when a celebrity is trending, please let us know it's NOT because they've died. Donald Sutherland is a fucking treasure and I just about had a heart attack when I saw he was trending. pic.twitter.com/z75b39o7OG

Donald Sutherland coming to twitter to see if he is still alive. pic.twitter.com/O2HIH8kkBy

Twitter tried to scare me by trending Donald Sutherland. Stop it.

To the person who made Donald Sutherland trend without me knowing why, I hope step on a Lego.

Hi @TwitterSupport PLEASE figure out a way to let us know a beloved celebrity IS NOT DEAD when they trend because seeing Donald Sutherland trend without context got me like pic.twitter.com/xB1LGMokd7

The real reason Donald Sutherland began trending was because of this photo taken of him when he was younger.

Without looking it up – who is this? pic.twitter.com/b3MlUQO9RU

The false alarm phenomenon is nothing new. It happens to Morgan Freeman all of the time. Last year, people actually though Tanya Roberts was dead for several hours.

Sutherland’s last major role was as President Snow in the Hunger Games series. Ironically, in “A Time To Kill” Oliver Platt says he thought Sutherland’s character was dead.

“Not yet” he replies.

And thankfully, he is still with us.