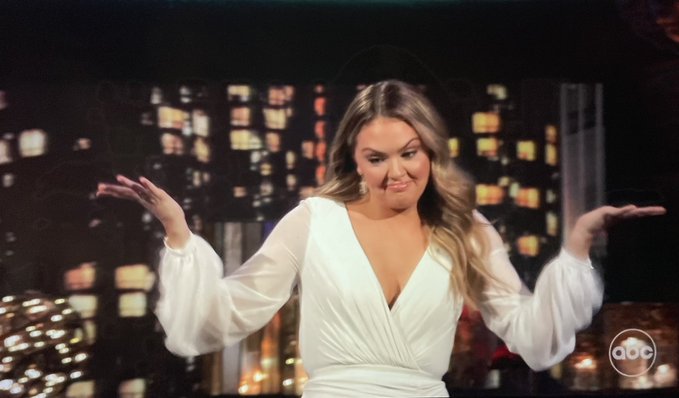 Warning: The following contains spoilers regarding the live finale of The Bachelor.

Now that the train wreck that was Clayton Echard’s season of The Bachelor is over, it’s time to see what one of the most social media active audiences in the world had to say about it.

In a Twitter flash poll conducted by FTR, fans rejected Susie running back to Clayton in the final minutes of the two night, four hour affair, with over 85% saying they disliked the conclusion.

In a separate poll taken earlier on Tuesday, fans were clear that they wanted Clayton to be rejected by all three women, after he was mean to Susie, after being intimate with Rachel and Gabby, only to go back to Susie in the end, and break up with Gabby and Rachel anyways.

So needless to say, when Susie came out and accepted Clayton anyways, fans were very unhappy…

It repulses me that Clayton did all that and still got what he wanted #TheBachelor pic.twitter.com/UIAp81UKuq

Me when I walk into work late again with my Starbucks #TheBachelor pic.twitter.com/4vD41aTEDW

“Susie, I’ve been waiting to ask you…will you except this rose?” 🙄🙄🤢#TheBachelor pic.twitter.com/K4UeiRHX3J

Susie saying “that’s my boyfriend” like it was a flex #TheBachelor #TheBachelorABC pic.twitter.com/ADMMF3ZHGQ

You won’t have me rooting for this couple. Yall be easy tho

this is truly the most abysmal finale I have ever seen. Waste of time #thebachelor pic.twitter.com/2oaMiVrZni

“I hope Bachelor Nation will be rooting for us.” #TheBachelorABC #TheBachelor pic.twitter.com/4IV1vgJXAJ

me back on my bullshit #TheBachelor pic.twitter.com/EevmN4aLJS

You either die a hero, or live long enough to see yourself become the villain #TheBachelorABC #thebachelor pic.twitter.com/JaDgZILvAI

All of this and fans think Clayton was the worst Bachelor ever (story HERE). So, not a lot of positivity here.

What did you think of the finale? Are you happy Clayton and Susie got together?

Gabby and Rachel are going to be the next Bachelorettes? What did you think of that decision.

2022-03-15
Previous Post: The Bachelor finale: Many fans think Clayton Echard is the worst Bachelor ever
Next Post: Young Rock: Season 2 premiere doesn’t give us an election winner