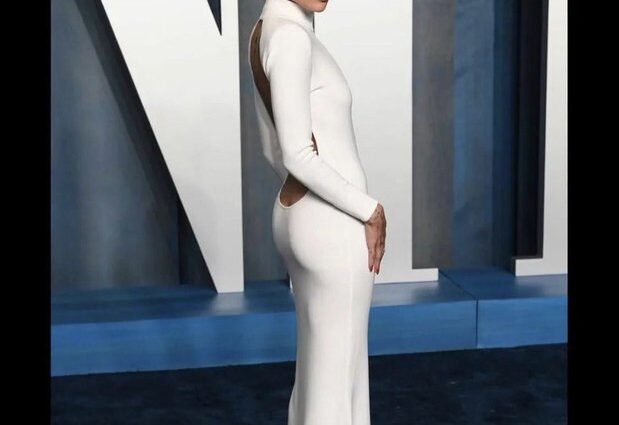 Zoe Kravitz is one of the brightest stars in Hollywood right now. She’s riding high off of the global success of The Batman, where her performance as Catwoman has been widely lauded.

But social media decided to get mad at her over the following remarks regarding the Will Smith vs. Chris Rock drama at the Academy Awards on Sunday night.

These remarks along with a picture of her in the dress were posted on Instagram..

and here is a picture of my dress at the party after the award show -where we are apparently screaming profanities and assaulting people on stage now.

zendaya now that zoë kravitz fumbled and she’s back to being the tl’s number one lightskin pic.twitter.com/7h3X4vbF9l

zoe kravitz just mad at will smith for telling her to stay away from his son that's why she said all that https://t.co/NUV3SrVBLu

Zoe Kravitz getting eaten alive and there’s nothing I can do to save her pic.twitter.com/S0b9EGWWP5

I guess Zoe Kravitz prefers when people get assaulted backstage, like her friend Alexander Wang does it.

Zoe Kravitz should have kept quiet, now she's being outed as a predator, previously being in a relationship with a domestic abuser and being besties with a sexual predator. What a time to be alive. Pots calling kettles, logs in eyes.

zoe kravitz being weird as hell and we’d genuinely have no idea if it wasn’t for that instagram post??

zoe kravitz doesn’t have twitter so i blocked rachel zegler instead pic.twitter.com/dB3Xzs404J

the amount of weird shit i’m finding out about zoe kravitz pic.twitter.com/tdKu6gMPXd

someone tells zoe kravitz that we don’t care & her dresses were ugly anyway pic.twitter.com/o4MVmy6v10

will smith one of the pioneers for major black roles in hollywood and yall think we’re gonna allow random nepotism babies to drag him as if theyve ever had to work for anything a day in their lives? zoe kravitz ur time has come! pic.twitter.com/CYCu4KP6Ol

Nothing will ever beat how quickly the internet will switch up on someone. Yesterday Zoe Kravitz was the sexiest woman ever and today she has to beat predator allegations.

zoe kravitz should've just sat there and ate her food why does every celebrity feel the need to make a statement about this incident pic.twitter.com/4CdEUGDk6B

they eating zoe kravitz up for that ig post 😭 there’s nothing i can do for you girl pic.twitter.com/113EaxMvWi

the way everyone is all pulling out these receipts on zoe kravitz makes me think y’all been waiting for her cancellation pic.twitter.com/CZat225S8I

A small flash poll is siding with Zoe Kravitz in this dispute..

Do you understand why people are angry at Zoe Kravitz right now???


What do you think? Is Zoe Kravitz right? Do you side with Will Smith? Are both of them wrong? Let us know in the comments.