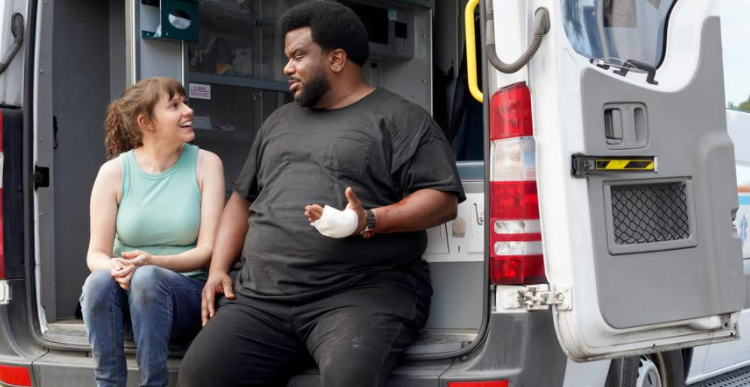 You might not think so, but Craig Robinson has been around for a minute. “The Office”, “Hot Tub Time Machine”, “Pineapple Express”, and so much more.

And we see him multiple times everyday, he’s got a hundred commercials out there.

But he’s due for a project of his own. A certified hit.

His latest show for Peacock, “Killing It’, doesn’t appear to be that show. At least not by the looks of the pilot that was released on a preview on the streamer.

Robinson stars as Craig, a guy who had it tough growing up, and has a big dream of starting a saw palmetto farm in south Florida. He’s got a pitch ready. But he has no money. And he needs $20K to get his dream off the ground. Even worse, he has to watch his corrupt sibling bring home the big bucks.

The show just isn’t that funny. The first half is really just a mess. The plot just sort of wades from scene to scene. Things that should be exciting are happening, but it’s just not that entertaining.

In the second half, when giant pythons are introduced, there is a train wreck formula that is potent here. And Claudia O’Doherty as Jillian is the best part of the pilot.

But it’s lacking. It’s missing a lot of parts.

Now, this is just a pilot. And pilots, especially comedy pilots, are often a rough product. I’ll give it some more time for Craig, but not a lot more time. I can’t recommend it at this moment.

Hopefully, it builds up and improves.

2022-04-04
Previous Post: Winning Time: Kareem, Kobe, Paula Abdul and the beginning of “Showtime”
Next Post: My “Thank You” note for the Orange County Commission after taking the first step to fight rent crisis