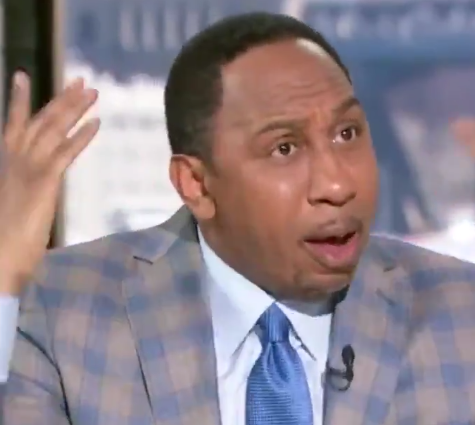 ESPN: Stephen A. wants to know what the hell happened to Ben Simmons

ESPN knew they had a strong line-up for First Take this morning, with the dismissal of Frank Vogel from the Los Angeles Lakers and a weekend of sports action pent up from Friday.

But also we got a Stephen A. Smith rant as a bonus.

More specifically, the ongoing uncertainty regarding Ben Simmons and the Brooklyn Nets with the NBA playoffs approaching. Are we going to see this man play any basketball this season? He hasn’t played in the last 10 months since his meltdown in last year’s playoffs with the Philadelphia 76ers which lead to his trade to Brooklyn.

Stephen A. needs more though. Specifically regarding a back injury that has been making the rounds.

“I want to know what you were doing that hurt your back” Stephen A. begins “You ain’t played since last June! What were you doing? What the hell happened Kendrick Perkins? Jay Williams? Was he riding up the turnpike on I95 and with a car that was a bit rough around the edges, and hit a pothole and tweaked his damn back? What the hell happened? I want to know what happened. You haven’t played a minute. A second, since last June. That is 10 months, you ain’t touched a damn basketball in an official capacity. Did you slip in the tub? Were you getting your groove on and tweaked your hips? I can’t believe I’m the only one saying this stuff.”

Despite his rant, the basketball world is still no closer to finding out what is wrong with Ben Simmons.

You can watch Stephen A’s remarks below. This is what viewers tune in for. Enjoy.