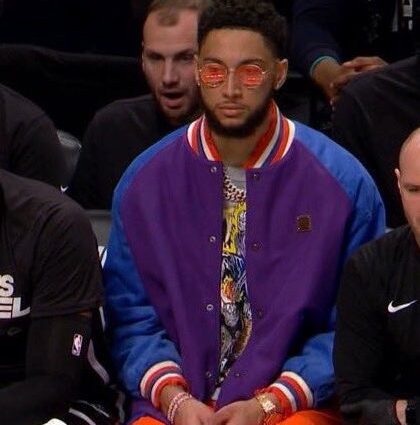 The sports world is clowning Ben Simmons after he’s ruled out for Game 4 of Nets vs. Celtics series

The pressure of being an athlete is something that the sports fandom has become very aware of over the past several years.

But Ben Simmons has long past the patience of most NBA fans.

The last straw being news that he was ruled out of game four between the Brooklyn Nets and the Boston Celtics as his Brooklyn teammates fight for their playoff lives. Simmons hasn’t played since last June.

ESPN show host and NBA analyst Stephen A. Smith projected the feeling of most basketball fans on Sunday..

And so did fellow ESPN analyst Kendrick Perkins..

Ben Simmons has officially completed the biggest heist in NBA history. He really sat out an entire season! Carry on…

I have never disliked an athlete more than Ben Simmons. Daryl Morey better never have to buy his own drinks anywhere in the city of Philadelphia forever for somehow getting James Harden for this heartless motherfucker. pic.twitter.com/Bo1bVRoYVt

James Harden played multiple games in the playoffs for the Nets on a grade 2 hamstring strain, while Ben Simmons refuses to play an elimination game with a sore back.

The notion that Harden is a selfish player is mind boggling to me pic.twitter.com/Z8vOagymyT

Nets: “please do something we need u”

Ben Simmons is living my dream. Getting millions of dollars to not work and just sit court-side in cute outfits at NBA games.

If you think about it, Ben Simmons sat out an entire season because his feelings were hurt.

Anyone that tried to shame people that questioned if Ben Simmons was seriously injured/still interested in playing basketball should be publicly shamed until the end of time https://t.co/xe7EOQArxd

Ben Simmons is getting paid millions to watch basketball games court side and dress like a dork. It sucks seeing other people live your dreams 😪 https://t.co/jQgCLS3mXO

What do you think of Ben Simmons’ situation? Do you blame him? Do you think something else is going on here? What about the Nets trading James Harden away for him? Let me know in the comments below..