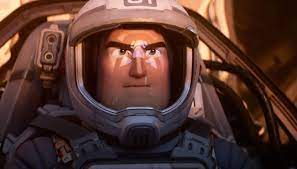 Lightyear: Theories will vary on why it didn’t meet opening week money expectations

Goodness. Goes to show what I know.

If you would have forced me to pick a box office winner this year, it would have been Lightyear. The Toy Story mythology of our beloved Space Ranger seems like it should have packed theaters on opening weekend. Instead, the film managed only a $51 million dollar bow while it was forecasted to do about $70 million.

There are going to be a lot of theories revolving around why it didn’t perform. Here are just a couple of them.

The Disney Plus precedent: Why spend a fortune at the movie theater when you can wait a month and entertain the entire family for less than the price of one ticket? Disney premiered it’s last Pixar film, “Turning Red”, on streaming. They did it multiple times as we were coming out of the pandemic. The financial reward for waiting is too great for many families.

Father’s Day: Father’s Day belongs to dad. And dad wants to see Top Gun: Maverick or go to a classic screening of “Raiders of The Lost Ark”. Families also might have skipped the movie house for the steakhouse or other activities.

Creative controversy: This one has been seeping into the conversation in previous weeks. Some of the creative decisions made with Lightyear didn’t agree with some parents. Toy Story is sacred ground for many families that don’t want to have anything to do with any issues that could disagree with their philosophies on entertainment.

And the rest: Dad might have preferred Jurassic Park which is more of a compromise than a cartoon and kept the box office crown. Gas is expensive right now. That could have played into staying home. We’re also on summer vacation. Families could be hitting the parks instead.

Lightyear will ultimately still be successful. Disney has such deep pockets, they can do what they have to in order to grind it out financially.

But followers of the movie industry will be trying to decipher this one for the rest of the summer.

Vote in our poll below!

Why didn't #Lightyear perform up to standards opening weekend?

And if you’re enjoying this veteran owned blog, please consider helping out below. Even a dollar helps. Thank you!

2022-06-19
Previous Post: The Best and Worst of TV in the first half of 2022
Next Post: McDonald’s is forcing us to use the kiosks and many customers are struggling