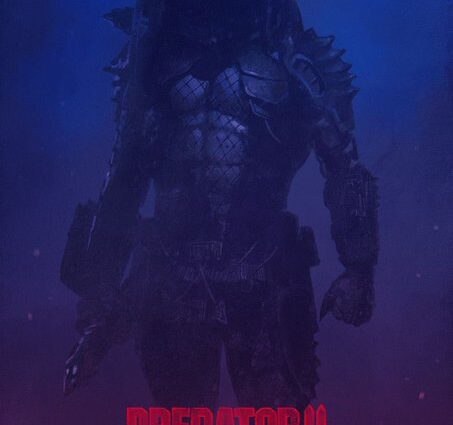 The Predator prequel “Prey” comes out next week on Hulu, but fans are coming to the defense of one of the franchises sequels as they discuss the mythology of the legendary race of hunters.

While generally not considered as glorious as the original Predator, featuring Arnold Schwarzenegger, Carl Weathers, Jesse Ventura, and others, Predator 2 was trending on Friday afternoon instead.

The 1990 sequel starring Danny Glover in his “Lethal Weapon” prime, featured a storyline set in the city.

It wasn’t anywhere near the hit as the orginal but fans still lined up to say good things on social media..

The thing about Predator 2 is it is the best movie in the franchise! FIGHT ME! https://t.co/zxyaqpZmna

As an avid Predator 2 fan, my favorite of the series, I still am boggled by some of the venom it gets to this day. It’s the only sequel film that expanded upon the lore in a meaningful way. Predator 2 walked so that Prey’s concept can run. pic.twitter.com/fMICPpspsm

Predator 2 is a fine sequel – does what sequels are supposed to do build on the mythos while making good on promises made by the first. #Predator https://t.co/MEaRRo071S

I will die on my hill that Predator 2 is an amazing sequel. https://t.co/TUZEPd3dS3

PREDATOR 2 is the absolute clear choice and I will not refute it.

That said, my vote is PREDATORS because I must defend the movie that has two preds beat the shit outta each other. Also Yakuza fight. https://t.co/UWBwDNm8AV

Watching Predator 2 for the first time. How does this movie look so much better than 85% of what we get now? Also Paxton was a King.

Folks may call it blasphemy but… I like Predator 2 more than 1 https://t.co/oD1ZBo2Wa7

PREDATOR 2 isn't a perfect film or anything but it really tried to make Los Angeles similar to ROBOCOP's Detroit…lots of tongue-in-cheek elements going on. A bunch of weird directorial choices but there is at least an attempt to add to the lore/tech. pic.twitter.com/amd5RXDDIv

Predator 2 is one of the best action movie sequels. It starts with a shoot out then it’s one stylized action set piece in a different LA locale after another. Great cast, practical stunts, uncut entertainment https://t.co/xfhiAuzWNI

I’m glad more people are giving PREDATOR 2 it’s due. Have loved it since I first saw it in the theater at the age of 7. https://t.co/heCEMaVkau

I’m excited for Prey, don’t get me wrong, but I’m skeptical of the “best since the first” praise. I have a strong reverence for Predator 2 which grows with every passing year. I know I’m not alone in this.

Honestly the best Predator film in the franchise with one hell of an amazing cast. Predator 2 is an underrated film that gets a lot of hate for no reason.

Also Danny Glover killed it in this role and he needs his flowers for it https://t.co/f4B4ZXyUhP

PREDATOR 2 might be the greatest Cable Movie ever made. Just pure dumbass dopamine rush from your couch for 105 minutes.

Are you a fan of Predator 2? pic.twitter.com/avu9EjguaH

Will you be watching Prey when it hit the streamers next week? Let me know in the comments below.

And if you enjoyed this content, please consider leaving a tip below. Even a buck helps.

2022-07-29
Previous Post: Trending: Social media is annoyed that Will Smith apologized to Chris Rock during the Beyonce Renaissance launch
Next Post: WWE: Let the rehabilitation of Shotzi and Lacey Evans began