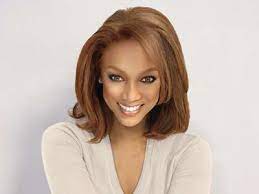 If you enjoy this content, please leave a tip below. Thank you!

Tyra Banks regularly makes the internet angry. Usually, its done through her hosting duties on Dancing with the Stars, where she’ll usually drag out the QA and then rush the elimination. She’ll be sharing those duties this season with Alfonso Ribeiro as the show moves to Disney Plus.

But on Monday, it was because of some old video clips surfacing from her hit show America’s Next Top Model. Despite being a long running hit for Banks, it hasn’t aged well, and Twitter was waiting.

Banks was trending in the top 5 on Monday with a negative sentiment.
Let’s go to the tweets.

When I see stuff like this, I understand why these girls take any opportunity to go after Tyra. https://t.co/hcTY6XOckw

I can’t believe Tyra just really sat there and gave racists a platform to attack young girls I really hope she does not see those pearly gates https://t.co/QIO0dZtIpl

Sorry when is Tyra gonna pay for her crimes against humanity? https://t.co/qCCZ4xRCmF

miss tyra banks is so sick for this 😭 pic.twitter.com/556r81yvXp

okay yes tyra is evil but janice dickinson will also join her in hell. anytime i see anything about her, she’s cruel and bitter. her whole personality is “i’m the first supermodel” like no…hang it up. https://t.co/kDGDYBlTrE

Soon there will be a documentary called “Surviving Tyra Banks” https://t.co/2qYxR8vREX

Tyra Banks deserves all the smoke she gets. You can wake me up at 3am in the morning to support the dragging of Tyra Banks and I’ll wake up and gleefully cheer on whoever is dragging her.

Whole damn show was a hate crime against women’s bodies. Specially black women they clowned everything about us and Tyra was there to okay it all smh

If I was ever to put energy towards hating someone, it would definitely be Tyra Banks. How could this woman not get defensive when that chicken sh*t woman just told her that her “aficanness” is overbearing? Like what do you mean ho? Talking about it’s not attractive. Girl shut up https://t.co/f1Lrr7qizY

Most of those people on that panel had NO room to talk, and Tyra a fucking hypocrite pic.twitter.com/Lyyov0K0lv

I hated Tyra for making Danielle feel bad abt hers… pic.twitter.com/FxIejVsMxP

Tyra banks is so lucky she won the genetic lottery because no one on this planet would tolerate her if she wasn’t so fucking fine https://t.co/s2cxTUyyiH

Everytime I see Tyra Banks trending, I get excited thinking that we’ve finally got a “Dark Truths Of ANTM” documentary on the way 😭 https://t.co/fzu6pMH3NR

It’s mind blowing how I looked up to Tyra as a kid I never missed her talk show after school and always watched ANTM and it did affect the way I viewed my body growing up and now I look back and this shit is CRAZY. I can’t believe the disrespect and it was allowed???! https://t.co/H3WVV9zjYt

Much of Tyra Bank’s work was commercially successful. Does it matter?

Or should celebrities have to answer for their crimes of the past?

Do you plan on watching the next season of Dancing with the Stars?

And if you enjoyed this content, leave a tip

2022-08-08
Previous Post: Orlando airport and airline workers will have to strike if they want results for hard work
Next Post: NBA: Dejounte Murray is the perfect villain for Paolo Banchero and the Orlando Magic