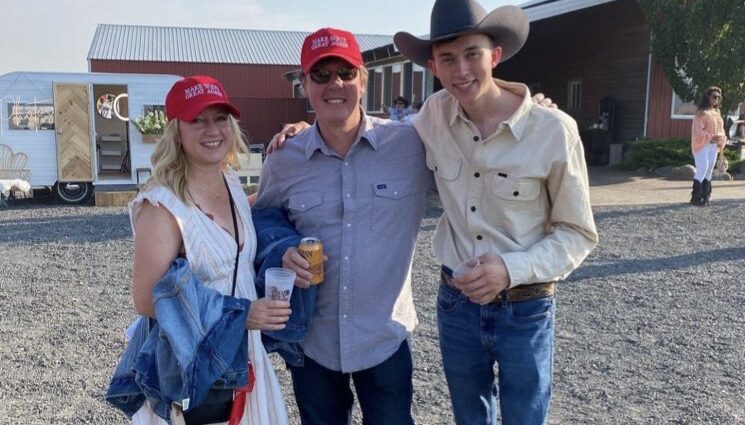 If you enjoy this content, please consider helping the blog below.

For the second time this week, the cast of Euphoria is in the news, after actress Sydney Sweeney began trending on Twitter on Saturday night, because of hats worn by her family for her mom’s 60th birthday.

You guys this is wild. An innocent celebration for my moms milestone 60th birthday has turned into an absurd political statement, which was not the intention. Please stop making assumptions. Much love to everyone ♥️ and Happy Birthday Mom!

But it was too late. Twitter had already passed judgement and began hurling insults. Before long, she was trending in the top five under a negative sentiment…

WHERE WAS SYDNEY SWEENEY’S FAMILY MEMBERS ON THE NIGHT OF JANUARY 6TH 2021 pic.twitter.com/OzD82Gh2tw

Kinda funny how Sydney Sweeney carefully curated her IG post so that none of the MAGA-inspired hats were seen and then her dimwitted brother’s post blew it all up. 🤡🤠 pic.twitter.com/RrhlWgJyyz

sydney sweeney hopping on ig live like this soon pic.twitter.com/n4X0hWaOSL

Earlier this week, Barbie Ferreira, who plays Kat announced she would be leaving the show, which made Twitter go on the assault against the show’s creator, Sam Levison.

Sweeney’s star is on the rise, in addition to Euphoria, she’s rumored to eventually join the Marvel Cinematic Universe.

If this fair to Sydney Sweeney?

Are the hats a tribute to Trump or just a joke?

What are your thoughts with everything going on with Euphoria this week?

Let me know in the comments below. And vote in the Twitter poll