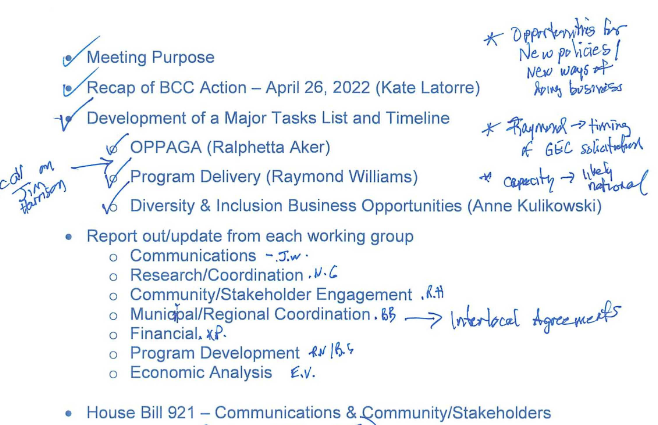 Audit on Orange County Penny sales tax points to outside consultants for help, and a focus on roads, not public transportation

You’re supposed to pass an audit.

An important note to remember as we watch the staff at the Orange County Administration building celebrate, while presenting audit findings to Mayor Jerry Demings, regarding his legacy project of raising taxes during a housing crisis for transportation projects. This while being rooted on by real estate and tourism partners who do nothing while we struggle.

But the presentation ignored some serious concerns for the sake of playing for the television cameras in attendance. I read the entire 150 page audit. Here is whats in it, without the staged PR tactics.

Orange County staff can’t even manage the increased tax revenue and will have to hire outside consultants: As Orange County tries to raise more revenue from struggling families, it doesn’t even have the manpower to do what it wants to do.

This means outside consultants.

Outside consultants are there to make money. They’re not there to lookout for the people while we struggle to pay the rent.

Its “pavement” focused: While the mayor, and advocates who have sold out while we lose our homes, tout more buses and trains, the report is almost entirely concerned with roads. This doesn’t help those who need it the most, and instead steers more money towards outside companies for streets that we can’t even afford to drive on.

It recommends more money for consultants, and committees have compromised members: It should be no surprise that the audit recommends more studies to be done by consultants. This means more of your money spent on work that doesn’t directly help you. And one member of the staff’s committee on this tax was caught in a controversy regarding the recent debate over fair rent in Orange County (story HERE). The mayor opposed that initiative while championing this tax increase.

The county is not updating its public information quickly enough: The audit did find that the county was not providing updated and accurate information to the public. This presents integrity concerns and underlines that they don’t have the staff necessary to inform you how they’re spending your money as they receive it.

It leans on survey results not completed by people that need help with public transportation: The posture of this tax when it passes is leaning towards expenses for consultants and engineers. Not our neighbors who can’t afford a car and have to get to work to support their families.

This audit has some problematic areas. Mayor Jerry Demings and the county elected not to focus on those on Tuesday, and that in itself is a reason why you can’t give them even more of your money.

You can read the report HERE (if it’s been updated).