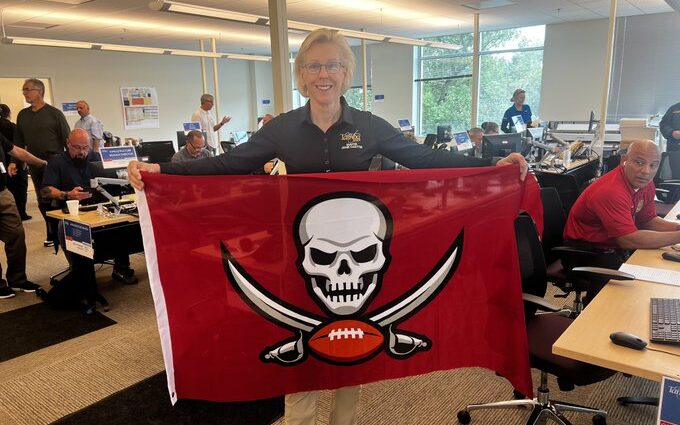 Update: The effort apparently worked. The game will proceed in Tampa as planned.

Chiefs-Bucs game is on in Tampa as scheduled, per the NFL.

The Mayor’s message was retweeted by ESPN’s Adam Schefter and immediately began the debate over whether the game should be played in Florida, or possibly moved to a contingency site in Minneapolis.

Tampa’s mayor is lobbying to keep Sunday night’s game in her city – and get after the Chiefs. https://t.co/tMoeTKaciP

It seems like if Tampa dodged a bullet with the hurricane it`d be easier on the families to not have to make hasty plans to have it elsewhere. The weather shouldn`t be a factor by Sunday.

Tampa is completely fine, the game shouldn’t be moved

One would think people are worried about property damage and not having power over a Sunday night football game.

In addition to a competitive advantage for the team, keeping the game in town also brings economic rewards for the region with thousands coming to the area to see the game and staying over on Sunday night.

What do you think? Should the game be moved? Vote in our poll below.

Should the #Tampa Bay #Bucs still be allowed to host their game with #ChiefsKingdom on #SNF following #HurricaneIan ??? #NFL