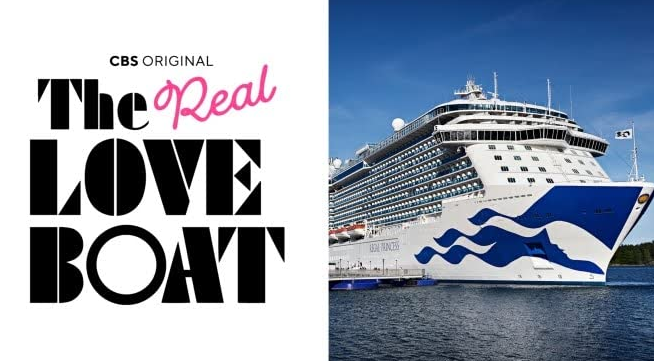 The Real Love Boat: “This isn’t the real friendship boat”

Its time once again for The Real Love Boat, and after a twist that let couples eliminate other couples last week, we continued shaking things up this time too. As we move to Athens, the couples reflected about getting rid of Nate and Tyler.

Then Jerry and Rebecca jumped on the scene and were so high energy and happy that it made me smile for a bit, despite the sad energy in the room. On the ride to the challenge, we got more of the teased separation between day one couple, Emily and Marty.

There wasn’t to much time for arguing because we got Bungie Jumping! (or Bungy according to the sign). And we had Matt mc’ing the challenge. This wasn’t a bad switch. This is more meaningful work for the charismatic crew, then their little chats.

This was a good time. We know CBS can do good adventure reality TV. They’ve been doing it for over 20 years with Survivor and The Amazing Race.

Kendra went first. But the better visual was Jordan looking scared (he was fine when he jumped). Dustin and Sydney were also fine. Adorable Emily and Marty were also good. Dan and Shea Lynn were next with the former having the most fun jump in the group, and a nervous Shea overcoming her fear to take the leap.

In Athens, we had a “God and Goddess” party back on the ship (which actually sounded like a lot of fun) and the partners had to pick out their date’s clothes. We went to commercial with the guys disapproving of the choices made by the ladies. There was merit here. The ladies indeed looked like goddesses and the guys looked a little goofy. I guess the old advice that you shouldn’t buy clothes for your partner is true. In a quick cut that you might have missed, Sydney was potentially looking for a new partner.

The night began and the help was looking entirely too attractive to just be there to serve drinks. And they were right, it was actually the next four guests in disguise. We then met Dillon, an accountant, who’s helmet left marks on this face but Sydney was digging him. Then Mike, with the “Thor vibes” and attention with Emily liking him. Then the ladies, with the ridiculously gorgeous Suzanna (from Tampa) who caught Dan and Dustin’s eyes. Then Bri (another Floridian from Miami) wanted something meaningful and came off very self assured and confident. And I couldn’t help but think that this NFL cheerleader looked almost like Gabrielle Union in “Bring it On”.

The newbies would be in charge for a while, and Mike jumped in on Emily and Marty’s chat. Then revealed he was a big Justin Bieber fan. Jordan started talking to Suzanna and Kendra wasn’t having it and crashed the conversation. We learned that Daniel has ties in Winter Garden after talking to Bri.

Then Marty admitted being jealous of Justin Bieber Thor and went to reclaim his conversation with Emily. And in an unexpected twist, Dustin and Sydney decided to see the new people. Wow. Even more eye raising was Emily and Marty, actually considering some changes.

We didn’t get a sail away ceremony and the eliminations that follow, but we got a teaser for the next episode that demonstrates Emily and Marty could be splitting, as well as some more problems for pairs we thought were a done deal.

That’s unfortunate. This is a good reality TV program. But I’ve watched great movies in empty theaters and excellent TV shows that don’t trend. I’m happy to stick with it.

See you next time!

2022-11-23
Previous Post: The Mighty Ducks Game Changers: “A little hooky from Hockey”
Next Post: Fleishman is in Trouble: The most beautiful collapse of a marriage you’ve ever seen