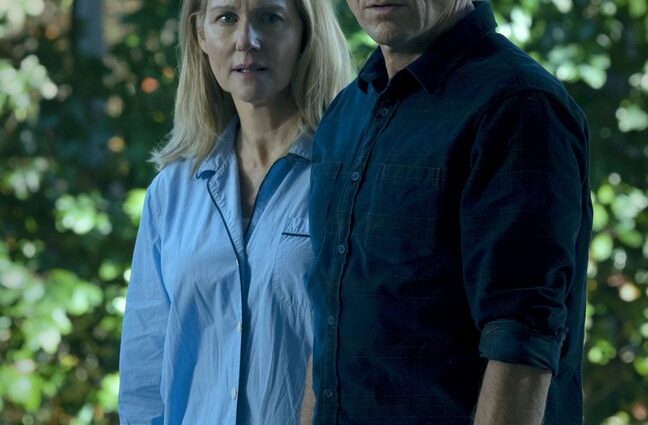 Ozark final season: Marty and Wendy don’t deserve to get out alive (Spoilers)

Warning: The following contains spoilers regarding the first part of the final season of Ozark on Netflix

Marty and Wendy Byrde will likely join the ranks of those wonderful anti heroes, especially after the first part of the final season of “Ozark” dropped yesterday on Netflix. It was wonderful. It took less than a day for me to get through it all.

But I wondered if Marty and Wendy deserved to live to the end of this mess coming into yesterday, and after the last seven episodes I can now say with some great certainty.

Wendy is losing it. There were times when she seemed like she was power hungry and others when it appeared that she was going insane. It feels like they’re prepping a death for the character. We love Laura Linney, so they need to prove to us that she has it coming. They have done that quite efficiently.

Marty is a little more complicated. It feels like he just doesn’t care anymore. Like he’s indifferent to his fate. There were times when Jason Bateman seemed to tap into Michael Bluth as he approached these deadly drug dealers and stone faced government agents.

But through all of this, I look for regression. Do the characters try to repent and make good? Or do they double down and submit to the bad decisions? No brainer here. They’re going in the wrong decision. Even if they’re trying to get out, there were much better ways.

We’ve still got a whole other slate of shows. And we don’t know what happened with that car crash. That could be the decider. We’ll just have to wait and see.

2022-01-22
Previous Post: AEW: The math behind the Jade Cargill vs. Anna Jay decision
Next Post: Saturday Night Live: Will Forte and Maneskin deliver the first dud of the season