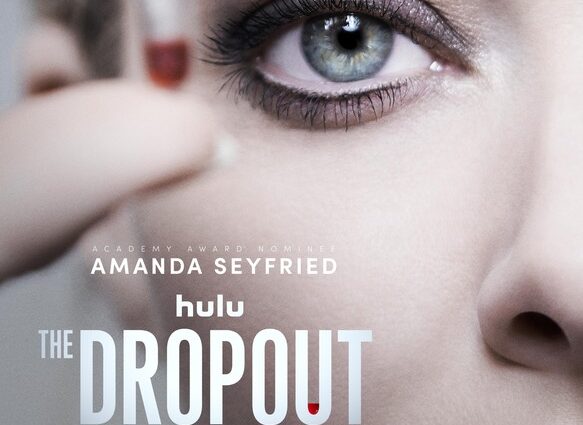 By now, you’re familiar with the story of Elizabeth Holmes, the CEO of Theranos who was found guilty of fraud after growing a healthcare technology company, once valued in the billions, off of the premise of a revolutionary blood test that never worked. She’s been a staple in the evening news ever since.

“The Dropout” gives us Amanda Seyfried as Holmes, as we watch her her build Theranos from nothing after dropping out of Stanford. The first few episodes of the program dropped on Hulu today.

The show is propelled by the Academy Award nominated Seyfried, who plays off of Holmes’ initial awkwardness just perfectly. There is an energy here of someone who wants to join the ranks of the Bill Gates’ and Steve Jobs’ but needs to tap into a predatory part of herself that doesn’t exist yet. What we get is a strong actress building a character from the ground up, and it works nicely.

This program works its progression flawlessly, moving from the late 90s into the 2000s with Elizabeth also evolving along with the times.

Our supporting cast which also includes Utkarsh Ambudkar (Ghosts) and Academy Award winner, Laurie Metcalf, also makes us feel some high stakes about something that we know nothing about.

The only risk “The Dropout” has at this time is keeping up this frantic energy. There is also the risk of lionizing Holmes, who despite being played by a likeable personality, has still been found guilty of doing some bad things. But I have the feeling they’re building this corrupted personality just fine.

And if their doing this terrific of a job with the rise of Elizabeth Holmes, imagine what they can do with the fall of that very same person.