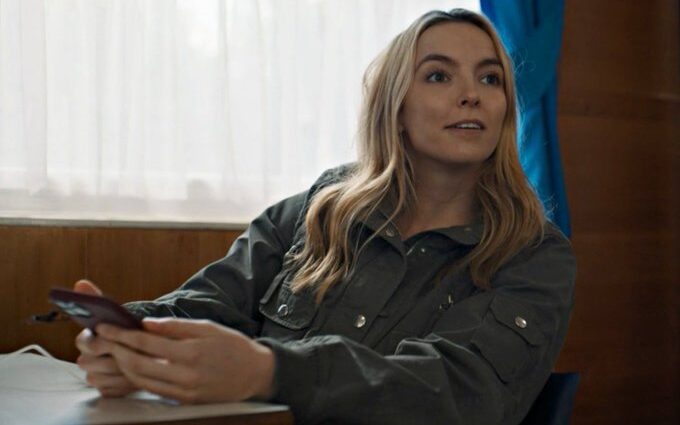 Killing Eve: Viewers are furious about that controversial ending

Real fast, I’ve watched the first couple of seasons of Killing Eve, but haven’t reviewed this season. So, I’m writing this blind but can still understand the energy.

They did it to viewers again. A lauded and award winning show apparently botching the ending.

Killing Eve has aired it’s series finale, and viewers are angry at Laura Neal and the direction they took to end the show.

It looks like this excellent show could join “Dexter”, “Game of Thrones”, and “The Sopranos” as memorable television experiences that ultimately left their fans angry.

it ended here idk what you're all talking about #killingeve pic.twitter.com/bLv4Vbzb0J

jodie comer was trying to warn us all along and we should've listened #KillingEve pic.twitter.com/yld6lhHEli

a genuinely friendly reminder that this is how the books end: them together, living their lives happily. 💞 villanelle doesn't die and gets a linguistics degree. #killingeve #villaneve pic.twitter.com/eDAAs31jUS

They had no reason to kill off Villanelle. There is no special meaning to her death. It doesn’t even fit in with the scorpion and the frog or the cupid/psyche “foreshadowing”. It’s just straight up bad writing. #KillingEve pic.twitter.com/i0KIqKJjmW

It occurred to me last night that I’ve never actually lost a comfort character to death before…and the way I lost Villanelle was more violent or traumatising than I ever could have prepared for. You deserved better, V. WE deserved better. #KillingEve pic.twitter.com/JXTZ2WrRzD

laura neal you had one of the most iconic character in your hands!!! what the fuck were you thinking?

I am not gonna add anything else
I am too much upset#KillingEve pic.twitter.com/mgt9qo3g1u

SPOILERS BELOW
•
•
•
The last minute of #KillingEve’s finale is void of heart & uses a tired trope carelessly. It feels like a slap in the face & discards V & Eve’s journey like it meant nothing. I’m disappointed, angry, & it hurts to know a show I loved is tainted for me now.

It’s so sad to see a show like #KillingEve with potential to be the best ever made shows to fall into the trope it was trying to avoid. The idea of changing writers was good but failed so badly espcly last 2 seasons. They had amazing actors with incredible chemistry, what a waste pic.twitter.com/YCM0p7tx65

Rest In Power VILLANELLE. Gone but not forgotten. Villanelle was my comfort character of the show. She was funny, kind, a bit of baby but the best of the best. Thank you Jodie comer for portraying this badass queer character who has made an impact on my life!
#killingeve pic.twitter.com/XTQ39YQS7B

two different shows, but the same fucking senseless ending.
they deserved so much better #KillingEve pic.twitter.com/UvSOglwl8l

i’m sorry for the spam but i’m just outraged by that ending, i don’t understand how a bunch of professional writers can come up with the most dumbest, disappointing and stupidest ending for such a big and complex characters #KillingEve pic.twitter.com/CN8VFUXkDU

Despite the anger, the show was still an undisputed success. It added to Sandra Oh’s superstar body of work, and Jodie Comer will likely be one of the top 5 actresses in the world one day really soon.

What did you think? Check out my video analysis below..

2022-04-10
Previous Post: SNL: Acid trip comedy with Jake Gyllenhaal comes up big
Next Post: Frank Vogel was eventually the Lakers fall guy as expected, but at least he got a ring first