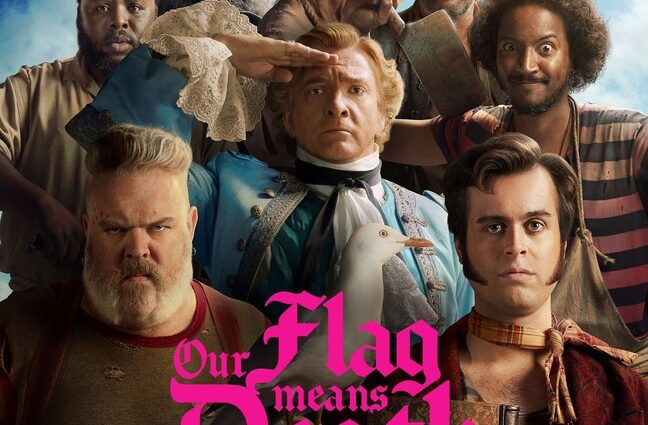 Our Flag Means Death: Renewal was because of passionate fans, not because of quality content

Our Flag Means Death has been renewed by HBO. Congratulations to everyone who worked on the show.

And everyone who worked on that show should take to social media and thank the fans who rallied to save this unfunny program.

Listen, Taika Waititi is a genius. Jo Jo Rabbit. Thor: Ragnarok. What We Do In The Shadows (which may be the funniest show on television). All of it.

But Our Flag Means Death ain’t it guys. At least the first season wasn’t (my review HERE). The show, which featured Rhys Darby as Stede Bonnett, as a former gentlemen who followed his dream to be a pirate captain, got off to a slow start. When Waititi’s Blackbeard showed up things got a little better and guest stars like Kristen Schaal, Fred Armisen, and Leslie Jones also provides some chuckles, but never did this feel like a show that I would miss very much.

However, the viewers that did enjoy the show were passionate about saving it. They caused “Flag” to trend twice in consecutive weeks as they tried to keep the party going.

And apparently it worked. Good for them.

So, we’re setting sail again. Whether you want to or not.

As for HBO, they must be feeling merciful. They also renewed Minx, which was another bad show which didn’t make a lot of noise.

They’re still my most recommended streamer though. Aside from these two programs, their catalog is still top tier.

And I’ll be rooting for this show to get better. It has a good heart and that’s what I think saved it.

2022-06-01
Previous Post: The Flight Attendant: No reason to force a third season of stellar show
Next Post: Barry: A scene appreciation of the “Taylor chase” from “710N”