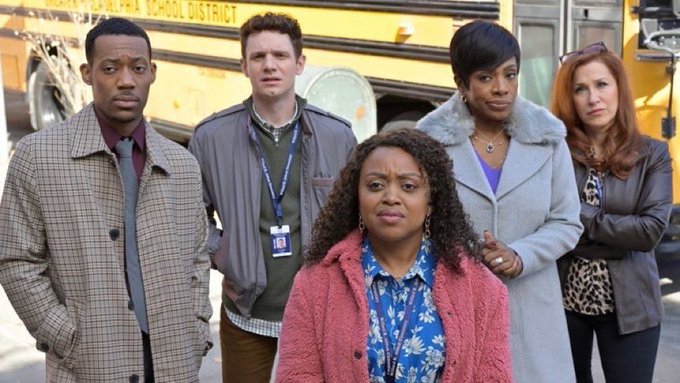 This was probably the best episode of a stellar second season of Abbott Elementary, as Janine and her second graders crashed an egg drop experiment by the eighth graders, and had to learn about science the hard way.

The entire drop scene was magnificent, from Melissa cheating (hard boiled?), to Janine’s egg massacre, it was cringe worthy but fun. These child actors are stealing scenes left and right.

Let’s talk about Barbara and her reactions regarding the “bitch” tattoo. Sheryl Lee Ralph already has one Emmy from this role. She may have earned a second nomination here. “Abbott”, like The Office before it, is very heavy on non verbal acting and Barbara’s reactions to a mother’s provocative tattoos and clothing was both funny and pretty accurate. And how about Principal Ava sharing some wisdom with Barbara? Great stuff there too.

We also had some nice progression with Gregory and Janine. I like how they’re taking their time here while other shows often rush their romances. This is just outstanding awareness from Quinta Brunson.

Some of my favorite lines?

“Now I’ve got to throw Molotov Cocktails” Melissa talking about wasting eggs with the Dallas Cowboys in town.

And finally “Slut” and Barbara explaining to her student that it means the St. Louis University of Technology.

See you next time!

If you enjoy this content, please consider helping the blog below.