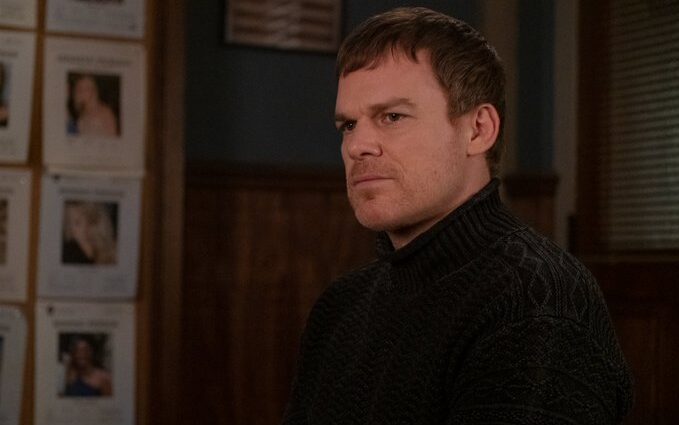 Dexter New Blood Finale: How would you have ended it? (Spoilers!)

It’s over. At least for now.

Dexter Morgan, our favorite killer of serial killers, met his end tonight during the finale of Dexter: New Blood at the hands of his son, Harrison.

The ending was not popular among viewers with social media rising up in anger on Sunday morning, and then again when the finale aired that night.

Our problem both with both the conclusion to the original series and once again with New Blood was that show runners didn’t know how to write the ending.

There were fans who thought Dexter should have died at the end of the original series. They went with “Lumberjack Dexter” instead.

Maybe it was the nostalgia. But fans were also upset with this ending.

Perhaps it was the way he died? Maybe they wanted him to live after all?

That’s what we’re trying to figure out.

Many viewers believed the episode went sharply downhill after Dexter killed Logan. Over a decade with Dexter and he decided to do that. That goes against “The Code” which we were all brought along with for so long.

How could we have fixed it?

Maybe have Dexter get away with it? Why not? It appears that we didn’t really want Dexter dead anyways.

Perhaps Harrison wasn’t the right vehicle. We could indeed get a spinoff with him. I’m not sure fans would care for that very much.

Looking at it from their perspective. Maybe Dexter himself was a monster all along? He just killed the people that deserved it even more.

But all is done. At least for now.

Writing TV to make demanding fans happy isn’t easy. But there is no way around this one. They got it wrong again.

At least we’ll always have those first few seasons.

Be sure to check out the video below.

And if you like what you’re reading, consider helping out the blog. It’s just me here and every little bit helps. Thank you!