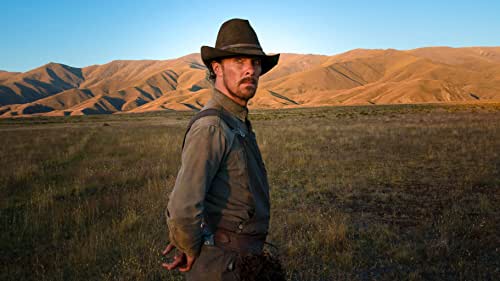 The Power of the Dog: You’re not alone if you don’t like or understand the Golden Globes winner

That’s what I said when “The Power of The Dog” won Best Picture Drama at the Golden Globes last night. The ceremony was private because of COVID.

The Jane Campion directed western about complicated family relationships, and personal fears and insecurities, is nearly unanimously lauded by the critics.

I didn’t care for it.

It’s slow. It’s hard to figure out. It’s too long. It’s terribly dull. And the ending is a particularly unsatisfying affair that will have people trying to decipher what they actually just watched.

It’s a good looking film. And Benedict Cumberbatch and Kirsten Dunst give us 100 percent. But they’re sprinting full speed in a direction most of us won’t be able to follow, or even care to.

So don’t feel bad if you don’t like it or even understand it. You’re not alone.

This post exists because casual movie viewers feel pressured to try to understand the award show favorites, when really some of them just aren’t any good.

Last year was like that too. While I actually did enjoy “Nomadland”, there were a lot of people that didn’t. I couldn’t blame then for that. It’s an experience film that is heavily visual.

In fact, out of the other films nominated last night (Dune, King Richard, Coda, and Belfast) The Power of the Dog is at the very back of the line for me.

And if someone gives you any static. I got your back.

2022-01-10
Previous Post: Dexter New Blood Finale: Game of Thrones bad? Some fans think so
Next Post: Hollywood is poised to ruin “The Raid” action masterpiece with an unneeded remake