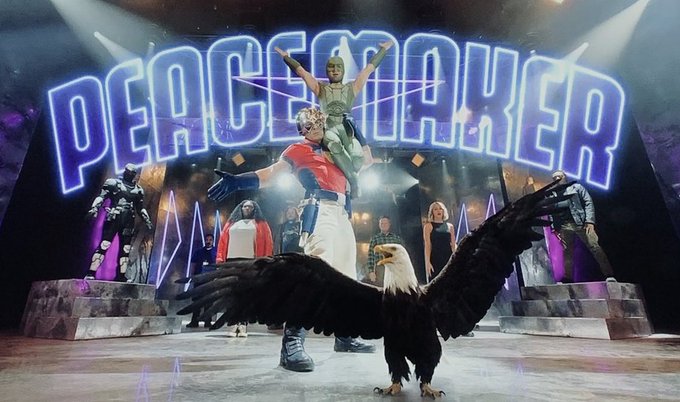 Peacemaker: Season one finale does Justice to the fans

Warning! The following contains major spoilers for the season finale of Peacemaker!

The first season of Peacemaker is in the books and wow. The show just exceeded expectations in every way. We didn’t even like John Cena’s character at the end of “The Suicide Squad” and now we can’t wait for him to get back for season 2, which has already been announced by show runner James Gunn.

Our finale kicked off with the gang pushing towards the farm which is home to “The Cow”, the main food source for all of the butterflies which have over ran the bodies of the town (mostly law enforcement). Things didn’t get off to such a smooth start, Chris started hallucinating visions of his white supremacist dad (which he killed last episode) and initial plan to infiltrate the farm went sideways.

But when things finally came together, we had a full frontal assault on the farm with the “Do you wanna taste it?” blasting in the background and it was a satisfying moment of action television.

The writers tried to go with a plot swerve, with the butterflies potentially being good guys but it was too late for that. I’m glad we go the resolution we did. We were too far along for such a drastic turnaround.

After Chris and Adebayo finally killed the cow (with Goff escaping). We had the Justice League show up after the fight. It was a neat moment with Jason Momoa as Aquaman and Ezra Miller as The Flash getting off a quick joke. We were given only silhouettes of Wonder Woman and Superman.

There was some story closure which included Adebayo giving up her mom (Amanda Waller) to the press. And a sweet moment between Chris and Harcourt in the hospital.

The final shot was Chris sitting outside of his trailer and giving the last of that butterfly food to Goff. A vision of his dad sat down next to him to haunt him and finally Eagly dropped a possum at the front door as the credits dropped.

Just a terrific season for Peacemaker. I’ll be back for this show next year. Just a fun time that we’ll be talking about until next year.

2022-02-17
Previous Post: NBA: Stephen A. Smith goes nuclear on the New York Knicks after 28 points collapse to Brooklyn Nets
Next Post: Orlando Trends for 2/17/22: Florida Gators and heated debate in the Florida House