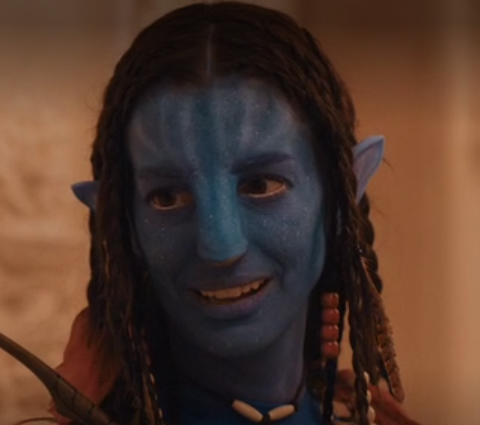 Welcome back to WeCrashed. Where here in episode four, we learn that WeWork is losing $1.2 million dollars a day in the year 2012, and some of the investors are panicking.

That doesn’t stop Adam from pushing his team to expand WeWork as quickly as possible, when the workers got cranky during the announcement, he flew in Waygu from Japan. Which was the very core of the problem. They were spending far more than they bring in.

“We’re on track to lose $400 million this year” Leslie said to Adam.

After the investors rushed Adam for changes, he pressed down even harder on the gas and decided to go after more financial support from Masayoshi, a big shot in tech from Japan.

Meanwhile, Rebekah, trying to find her own identity, had a wicked “Avatar” costume for a party. It was fun seeing Anne Hathaway in that outfit. And she made friends with Elisha a juice company tycoon played by American Ferrera.

The WeWork money chase continued in Mumbai, where Adam gave a speech, which upset his father who was in attendance. But he did catch Masayoshi, and decided to spin on a dime that WeWork was now going to be a tech company. They would have to hire “all of the kinds” of engineers upon Adam’s order to his staff at the next high tension meeing.

Then we got to see Jared Leto really work as Adam, as he staged this ridiculous environment for the investor tour for Masayoshi, shouting “Activate the Space” whenever he thought the visit was going to happen.

But the sloppy operations finally caught up to him. The investors told him he had to start shutting down locations or the newly launched WeWork Labs.

Then while Elisha was visiting the office, Adam tried to get her to invest. It was kind of painful. But it actually worked. But it made Rebekah angry, as she tried to figure out exactly what her role was.

Next what does Adam decide to do? He laid off 7% of the company and then threw a party with Run DMC.

But as you know, WeWork hasn’t climbed high enough yet to make the crashing thud we all know it will eventually take. Masayoshi did come back.

Are you enjoying WeWork? Hathaway and Leto make it worth the while for me. Two Oscar winners crushing it. You can’t go wrong.

See you next time.

2022-03-25
Previous Post: The Last Days of Ptolemy Grey: Trying to find Reggie’s killer
Next Post: Severance: We have to talk about that shocking ending