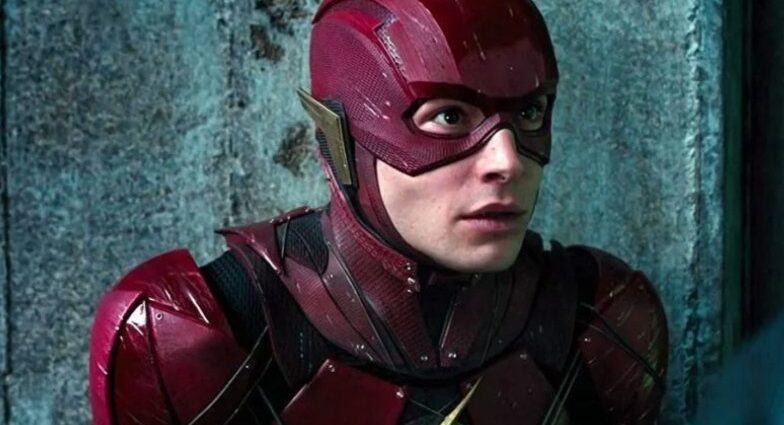 Trending: The internet had plenty of (more) jokes after Ezra Miller got in trouble again

If this content makes you smile, please leave a tip. Thank you!

It’s a new month, which means it’s time for more Ezra Miller drama. The “Justice League” star was charged with a burglary in Vermont. Which sounds terrifically random.

And social media, both sick of his antics but still ready to make a joke, was there waiting..

Ezra Miller meeting up with Warner Brothers Discovery after terrorising the planet but still getting his movie pic.twitter.com/4PNoPWhZpw

the flash movie must be so gas, ezra miller could kill a minority right now and it’s still not gettin cancelled

ezra miller respawns in random locations to attack locals like its call of duty multiplayer https://t.co/6gAgRChxzk

Everytime an Ezra Miller story breaks from now on I'm just going to tweet this out. pic.twitter.com/42lIMtfvyz

We need a map for Where In The World is Ezra Miller Committing Crimes at this point. https://t.co/AU0pjsYZRx

Ezra Miller has a reminder set on their phone to do crimes in unexpected places. It goes off every hour on the hour and Ezra Miller has never missed an appointment.

Just when I was about to tweet ‘TL dead’
Ezra Miller:
pic.twitter.com/0WmahFhu4M

Ezra Miller after murdering dozens of civilians and initiating a cult ritual to summon the Anti Christ and still getting The Flash to drop pic.twitter.com/HtryJMuugT

At this point I’d be more interested in a film about Ezra Miller’s decent into madness than the Flash movie https://t.co/r9gUuJ8c4V

“Ezra Miller will you please just stop doing crimes for like 5 minutes?” pic.twitter.com/rvtzm3pM1T

Warner Brothers pretending everything is okay after Ezra Miller gets in another headline. pic.twitter.com/tJ756pQlwb

Every time I see a new Ezra Miller story, I think surely it can't be worse than the last one. Every time i am wrong 💀 https://t.co/rNWB9gNx3R

Producer Barbara Muschietti, 4 days ago: “All is good in Flash land”

Me meeting Ezra Miller in public for the first time: pic.twitter.com/VLXGiJPS7k

so ezra miller- a cult-leader, abuser, and has been running from the government for months, keeps their movie but leslie grace gets her movie cancelled for tax reasons?? alright then https://t.co/AuXnzyTRBv

Does Ezra Miller deserve another chance?

Do you plan on watching The Flash movie?

Let me know in the comments below..

And if you enjoy this content, please consider helping out below.
Thank you!

2022-08-08
Previous Post: NBA: Honestly, the Brooklyn Nets should trade Kevin Durant and anybody else that doesn’t want to be there
Next Post: Monday Night Trends: FBI Raid of Mar-a-Lago shakes up the usual WWE vs. Bachelorette battle