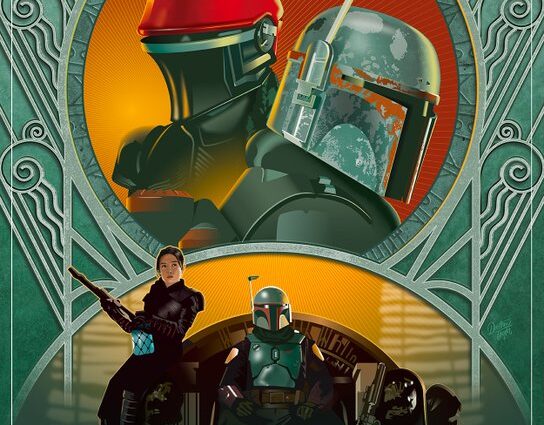 Book of Boba Fett: Don’t stick a lizard up your nose (review and spoilers!!!)

Warning! The following contains major spoilers for the latest episodes of The Book of Boba Fett!

The second episode of the Book of Boba Fett covered a lot of ground and brought back some familiar looking aliens to our Star Wars universe.

Most of the episode was a flashback, but I know you want to talk about the new stuff.

So it was the twin siblings of Jabba The Hutt that tried to get our boy killed. Makes sense. And they made a heck of entrance being carried into Tatooine on a litter and demanding their brother’s territory back.

Let’s talk about those flashback.

Spice traders were using high speed rail to smuggle their product, while terrorizing our Tusken Raider friends, and Boba wasn’t having it. They finally decided to rob it.

Of course, the action sequence was first class. Did I like it better than the train battle on the Mandalorian? It’s close. I’ll have to watch the first one again.

By the way, that droid made what athletes call a “business decision” by bailing on that train. Good call.

After Boba stopped them, the tribe rewarded him by having a lizard jump up his nose, which sent him on a vision quest for a branch they would use to form his melee weapon. Goodness. Building a lightsaber didn’t look that hard.

And kids, don’t stick a lizard up your nose.

But this was another great outing for the Book of Boba Fett. This show is an action program. There isn’t a Baby Yoda to hold your hand. This might make it less satisfying for some but they couldn’t make the same program twice. Could they?

I’ll see you next week!

2022-01-05
Previous Post: Cobra Kai: “The Best of The Best” callback and Cynthia Rothrock (mild spoilers)
Next Post: Agents of SHIELD: Save them from what??? (podcast and video)