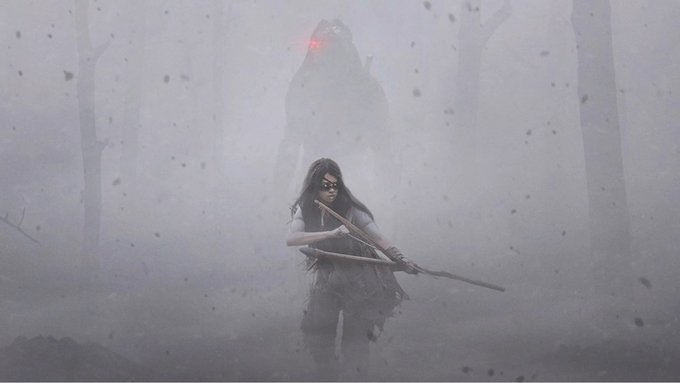 Trending: Early social media reactions to “Prey” are coming in

Hi! If you like this material, please leave a tip. Thank you!

“Prey” the latest entry in the “Predator” franchise has dropped, and they went a different direction this time, chronicling the sci-fi warrior’s trip to earth in the 1700s, and having him do battle with native Americans from the period.

The early reactions are in and it’s enough to get “Prey” trending in the top 5 with a positive sentiment. And it’s the second film to trend on Twitter in the last 24 hours behind “Bullet Train” (post HERE).

Lets go to the reax!

.#PreyMovie was such an amazing film from start to finish.

About time we got a Predator film that can stand toe to toe with the original in a very different way. 🤌🏻 pic.twitter.com/XNCFMywUGj

#PreyMovie was utterly fantastic. Watched it in Comanche for that extra bit of immersion. Such a breath of fresh air. Bravo to everyone that contributed to this film. pic.twitter.com/Ly7ichmZNM

I'll give it a shot despite the CGI🤮 #PreyMovie pic.twitter.com/e7uw0uR85R

Wow🔥😯 Finally a Good predator movie after a long time!! Technically this is the 1st predator movie,the first hunt on earth..well made, Engaging screenplay,great execution..#AmberMidthunder 💥👌🏻

#PreyMovie is my favourite Predator movie, no doubt about it. Dan Trachtenberg has made a film that is both violent and shockingly brutal. Amber Midthunder is going to be a star after this but the action in here is some of the best in the whole franchise. Highly recommend! pic.twitter.com/jn197jSP16

Y'all this movie right here is truly a masterpiece, one of the best predator movie I have seen. Prey got suspense, tension and a thrill of hunt or get hunted lol 10/10 oh and I forgot to mention…

Prey was everything I wanted from a Predator film, This is a true return to form for the series

Excellent Performances & Work from Everyone

#PreyMovie was insanely good, definitely should’ve been released in cinemas. Best Predator movie since the original. Brilliant cinematography, some decent emotional moments and the Predator himself was intense. The creativity behind some of the kills was *chef’s kiss*. pic.twitter.com/qJKPFdRmpd

#PreyMovie BLEW ME AWAY. Absolutely amazing film, and it truly is the best since the original starring Arnold. Would watch a million times again, and more pic.twitter.com/ETaIlI6Hba

#PreyMovie is easily the best predator movie since the original. It has fantastic action sequences with awesome looking effects. The real world locations and cinematography are beautiful with a great score to compliment. Excellent second outing from @DannyTRS. 8/10 pic.twitter.com/PEjlec7Mqt

Holy goddamn shit, #PreyMovie takes my new top spot in the franchise. What a fantastically brutal action sci-fi horror survival movie. This is going to end up being a twice in one day viewing for me. pic.twitter.com/l9qKk1Y1ya

This movie was so fucking cool. The story was awesome, the actual Predator was badass as fuck, I liked Naru, she was a really awesome character but I felt she had a basic story arc but still cool as fuck!

I just finish watching the new Predator movie: @predatormovie. It was amazing, fantastic and the best summer movie. There was a quote from the first Predator movie. #PreyMovie

Have you watched “Prey” yet?

Do you plan on watching it?

What do you think about the Predator franchise in general?

Let me know in the comments below!

And if you enjoy this content, please leave a tip below. Thank you!

And vote in the poll below!