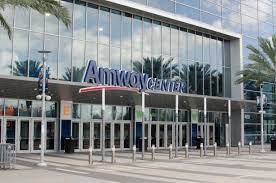 And as sure as it will rain on an Orlando summer afternoon, everyone’s first reflex was.

First off. No. Mark Cuban and the Dallas Mavericks letting that extraordinary young man go, would be highly unlikely.

But there is one thing that Mosley can do along with the rest of the Orlando Magic franchise, to finally make Orlando a destination for superstar free agents.

It’s truly that simple. If Jamahl Mosley and this roster of young players can hit the ground running and make the playoffs next year, then other superstars will notice.

And if the chemistry becomes exciting enough, they’ll certainly give it some thought.

You see, it has to be a young and exciting environment that revolves around winning to bring them here.

Because Orlando is for families. Not young millionaires.

This isn’t New York, Miami, or Los Angeles, where these young dudes can play against other visiting superstars and then hit the clubs, we’re just not built that way.

But Jamahl Mosley is still young. And by all testimony up to this point, he seems to be a player’s coach that everyone wants to play for. And win for.

And if you can do that, it doesn’t matter if you play in Orlando, Milwaukee or Phoenix (two more mid markets that will be slugging it out for a ring tonight).

It’s all about delivering the ‘chip.

So, let’s see where this goes. It’s great to be exited. But let’s slow our roll.

It all starts with winning.

2021-07-11
Previous Post: Connor McGregor is about MMA box office and drama, but he’s not about winning anymore
Next Post: Orlando support of protests in Cuba was strong but no plan ahead limits possible change