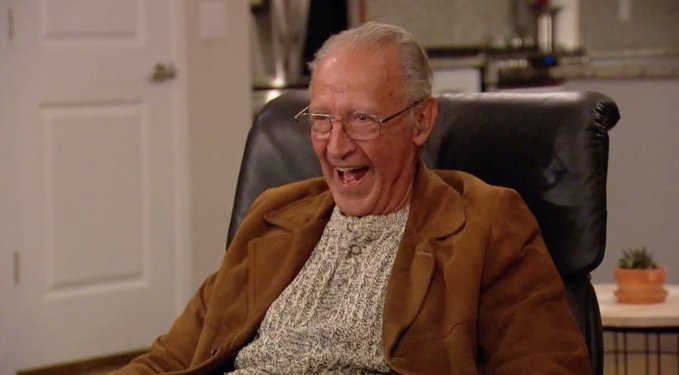 Forget Clayton Echard, or any of the remaining ladies on the cast of this season’s “Bachelor”. Tonight, during hometowns, everyone wanted to talk about one person.

Gabriela Windey’s granddad just completely took over social media around 8:35 EST, on a hometowns episode that got off on a slower foot, with fans looking for something to rally behind or jump on top of.

They rallied behind Grandpa John. Take a look at some of the tweets…

this is now a gabby’s grandpa fan account #TheBachelor pic.twitter.com/QH4FVPQtq3

Gabbys grandpa talking about not taking off his wedding ring #TheBachelor pic.twitter.com/QskomvqXNU

Petition for Gabbys grandpa to sign up for the Seniors Bachelor #TheBachelor pic.twitter.com/KHsw1UCLd8

gabby: and i love that you still wear your wedding ring

grandpa: i keep thinking about taking it off but…why would i do that?#thebachelor pic.twitter.com/ZYkjnsjdhK

Official petition to make Gabby’s grandpa the host from now on #TheBachelor pic.twitter.com/jpeB8NEJQX

And just when we think we couldn’t love Gabby anymore, her father, who had been suffering with health problems made a safe and socially distanced appearance.

I would not be disappointed to see Gabby be The Bachelorette in the future or to see her pop up in paradise.

2022-02-28
Previous Post: Euphoria: Final fan feedback data from season 2 finale give us pain and joy
Next Post: The Bachelor: Clermont gets the national spotlight during hometowns