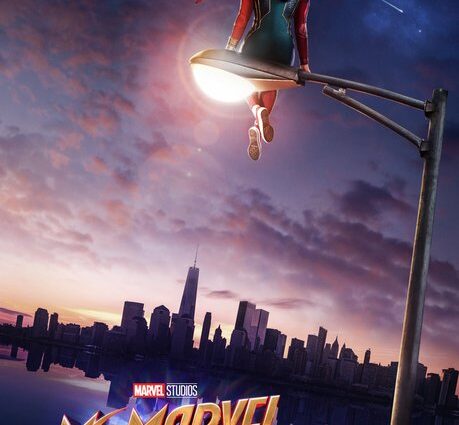 Ms. Marvel: Fans are upset, believing they altered her powers because of Reed Richards

The new trailer for Ms. Marvel is out and it doesn’t look too bad. Starring Iman Vellani, the show has a Spiderman: Homecoming feel, with the story propelling a coming of age narrative, in addition to the “Wannabe who got to be” angle.

But not all fans are happy. Kamala Khan doesn’t seem to have the same set of powers that she does in other aspects of the Marvel Universe.

And critics believe that is because of Reed Richards aka “Mister Fantastic” the supergenius and leader of the Fantastic Four, which is also in development at Disney.

Instead, Khan has power resembling Quasar (which is pretty cool actually) and for the uninitiated, those powers are kind of like the Green Lantern in DC.

Let’s go to the tweets.

me, a reed richards stan, seeing people hating on him because they changed kamala's powers in the ms. marvel tv show for being too similar to his pic.twitter.com/kfNcQ2mG6J

MCU really made Kamala Khan, Green Lantern because Reed Richards also has stretching powers but hasn’t debut in the universe yet, with the rest of his family. pic.twitter.com/meTatGtHXR

I really hate how ppl are trying to justify the power change with the whole “it’s too similar to Reed Richards” like anyone in their right minds is gonna confuse Kamala Khan with with Reed Richards.😑 Let’s just admit it was an unnecessary decision. pic.twitter.com/zOV4jpnQwM

What’s almost annoying is that they changed Ms. Marvel’s powers because of Reed Richards.

I fucking hate you.

Ms.Marvel looks really fun, but I’m still so annoyed about her power change. If they did it to differentiate her from Reed Richards, that’d just be so dumb. Other than that, it still looks fun so I am still excited

if they wanted her to not be like reed richards they sure ignored the 17 different guys whose only power is that they punch hard https://t.co/QJjB8g2Wd9

So there are two possible reasons they changed Ms. Marvels powers:
Too similar to reed Richards: super racist
Not enough budget to make it look good : also super racist cause Kamala Khan is one of their highest selling books so like splurge a little like you do for everyone else

It is but apparently her powers are "similar" to reed Richards so they changed it https://t.co/k5IkJUVmIr

Is Marvel so stupid to think we can't have multiple characters with similar powers? Reed Richards isn't Kamala Khan. I'm sure they're also going to remove her Inhuman roots in this too because they tried & failed to make Inhumans the new X-Men in the MCU.

Is Inhumans on D+? pic.twitter.com/LdhjlmwYP9

Changing her powers to shitty knockoff green lantern shit makes it even more apparent they aren’t confident in her normal powers and just GENUINELY hate any inhumans connections .. now will they change Reed Richards abilities? No probably not

The buzz was so loud that both “Mister Fantastic” and “Reed Richards” began trending on Twitter.

What do you think? Are you upset at some of the changes? Do you plan on watching Ms. Marvel?

You can watch the trailer below…

The future is in her hands.