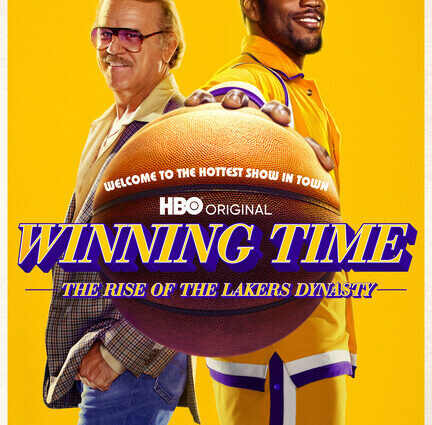 A great episode of “Winning Time” this week, as we finally arrived to the “Showtime” Lakers many of us were introduced to watching NBA Basketball in the 80s. While the ending was tragic, there was a lot of meaningful story building here.

Let’s talk about Lou Alcindor or Kareem Abdul-Jabbar. His commitment to his principles and his faith are well documented, but the television show continues painting those personal relationships inside of the Lakers Dynasty. This leads us to the connection between Kareem and Magic Johnson, which allowed this team to be so successful.

Of course, a bright surprise was the brief tribute to Kobe Bryant this episode offered. We saw his father playing against this Lakers team, and observed a baby Kobe in the stands. Every sports fan under the age of 50 understands the impact he made to the game, and really the culture surrounding sports. He’s still missed to this day.

We have to talk about Paula Abdul. The first Laker girl. The truth is that ten years after Jeanie Buss brought her aboard, she would be a global musical superstar and still has an important place in music to this day.

I’m enjoying the show. There is just so much here, and we haven’t even talked about Jack McKinney’s accident. Many of us know that Pat Riley eventually leads this dynasty (and he’s still successful with the Miami Heat right now) but writers here got us connected to a very serious man in a short period of time. And many of us were probably googling to read about his biographical journey after watching this show. Spoiler alert… he doesn’t die after the bike accident.

2022-04-04
Previous Post: Fans of “Our Flag Means Death” push HBO for a renewal
Next Post: Killing It: Peacock pilot isn’t a promising sign for Craig Robinson