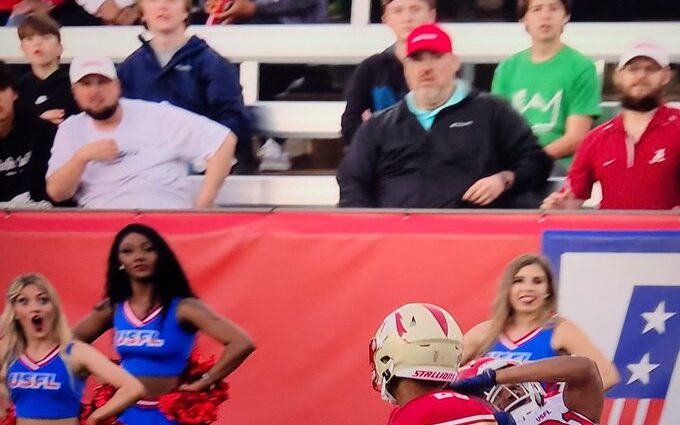 Oh Twitter. You’ve always got some “interesting” things to say.

Your week one observations regarding the launch of the United States Football League were no different as the league began play on what was a rainy Easter weekend.

Let’s not waste anytime. Here are the tweets!

If you like the #nfl but yet you're sayin the #usfl is boring you probably only like football because society hypes the NFL not because you actually like football….this game is killer.

Lol that clothesline hit on the return. Niceeee #USFL pic.twitter.com/NqFyyGSFcH

This QB knew he was about to win the game #USFL #NJvsBHAM pic.twitter.com/9GjDeUqKLg

In true Jeff Fisher fashion, in the first series of his first game coaching with the #USFL, his defense holds the opposing offense to a 3 and out; followed by his offense running the ball three times straight and punting.

The #USFL on Monday Night. pic.twitter.com/GO7YAKpjLq

I would say it was the right call to postpone the Bandits-Maulers game. #USFL pic.twitter.com/lgGpDxJf0s

Texas de Brazil is right across the street and the scent of churrasco is overpowering. Smells like home. #USFL pic.twitter.com/KQATEurqyj

TV show idea: spin-off of @TedLasso, except Roy Kent has been recruited to move to Birmingham, Alabama, to coach the Birmingham Stallions in the USFL. #USFL