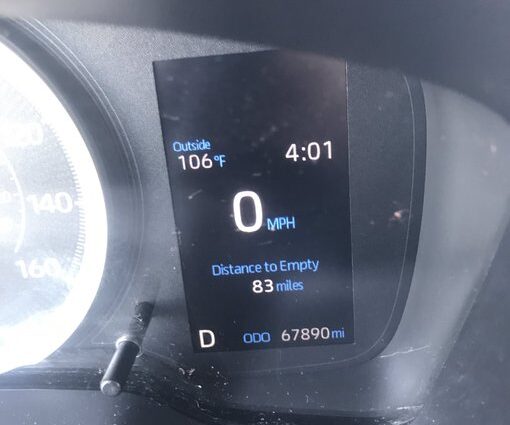 And so goes the latest adventure on my campaign deployment in the middle of America, which has been a giant “teachable moment” on what not to do with grassroots operations on political campaigns (more HERE).

The heat has arrived and it seems like this is the hottest summer for campaign walking that I’ve ever experienced.

If you’re not careful, the heat will kill you. You know where I first learned that? The army.

When trained soldiers are treating the sun like a life threatening element, I fully expect all political campaigns to do the same.

But we don’t see that. That’s sure as hell not what I saw yesterday.

Political campaigns should be supplying cases of water and power banks for phones (if there isn’t a nearby vehicle). That’s non negotiable. Its really not that expensive.

What are you going to say if one of your walkers has to go to the hospital? That will be the new narrative for your campaign.

Let’s get re-centered here. It’s really not that big of a deal. Most campaigns I’ve seen in Orlando are doing this already.

But this is a thing. Especially with staffing companies who are bringing in walkers who have never done this before.

And somebody is going to get hurt.

The decision to volunteer on a campaign is an important one. You want to create an experience where they’re making a difference and can proudly tell others they were apart of making their community better.

2022-06-25
Previous Post: The uncomfortable truth of political campaign deployments and a warning to Orlando candidates
Next Post: The importance of cutting good books for your campaign walkers