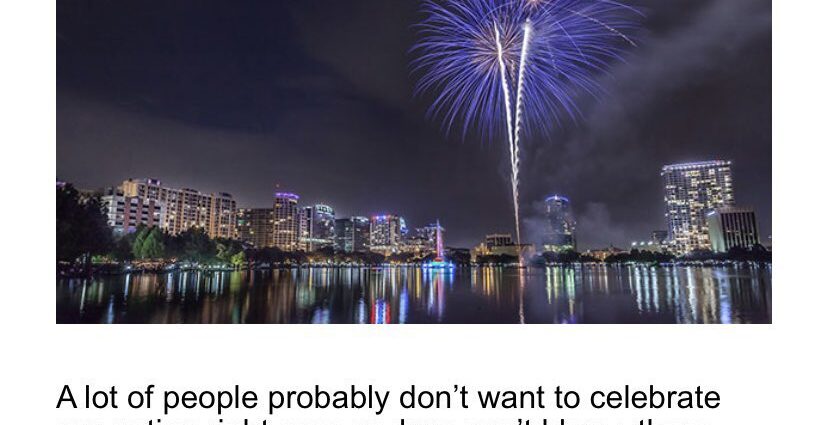 Rogue City of Orlando 4th of July message was wild, but the positive reaction can’t be ignored

First off, I hope everyone over at the City of Orlando communications shop is doing well. I’ve been reading their communications for over a decade and through both tragedy and celebration, they have always been the epitome of professionalism.

Which is what made their recent Fourth of July message concerning.

The message in part read..

“A lot of people probably don’t want to celebrate our nation right now and we can’t blame them. When there is so much division, hate, and unrest, why on earth would you want to have a party celebrating that?”

Did someone over there get drunk and decide they want to publish a newsletter? Why can’t they go and throw axes like the rest of us?

What actually happened there? How did this get through?

Seriously speaking, it’s not the kind of message I want to read from the City of Orlando. This is cable TV material coming from a source that we actually need. City of Orlando rarely publishes fluff. They advise on some pretty important things. Hurricanes, traffic, development, all matters that we depend on them for.

But the support this message has gotten from a lot of people is something to think about.

You can’t and shouldn’t ignore where we are as a community when people support these kinds of remarks. We’re doing something wrong. It didn’t used to be this way.

And as for the second part of this release, I can 100% agree with it.

We already paid for those damn fireworks. I’m showing up for a show tomorrow. There had better be one.

2022-07-03
Previous Post: Red, Hot and Boom in Altamonte Springs has the chance to be politically relevant again upon return
Next Post: WWE: Liv Morgan becoming champion was first in-match feel good moment we’ve had in a while