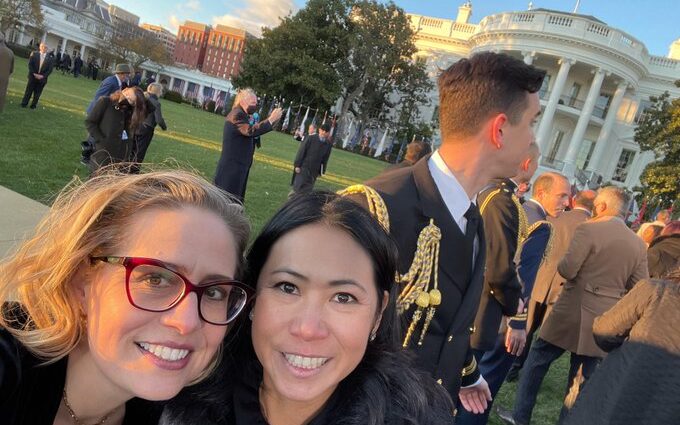 When its all said and done, I will have followed Congresswoman Stephanie Murphy for the entirety of her career in Washington. She won’t be seeking reelection after serving in congress for the last 6 years.

The January 6th Committee will probably be what she is most remembered for by most outside of her district. She got to tell her story in front of the world, and did the best media tour any politician could ever want. Meet The Press, CNN, you name it, she was there.

She gained legions of new supporters. She was trending nationally. They were calling for a Stephanie Murphy senate run. All of the sudden, the sky was the limit.

For a reason only Stephanie knows, she took a photo with Arizona Senator Krysten Sinema, seen as an obstructionist of the White House agenda by most.

But Stephanie called her a “friend and a mentor”.

And with that social media selfie, Stephanie saw all of her momentum come to a screeching halt. All of the sudden, she was subjected to hundreds of angry comments on social media.

It’s essentially all over now. That photo will haunt her if she ever runs in a primary again.

From what I know about Stephanie, maybe this is what she wanted.

She gets a lot of hate. But her seat was considered a lost cause before she won it. Instead of praise, she got ridiculed for being a moderate. She was rushed and bullied into making a decision on this year’s senate race, and the insults from her own side never seemed to stop.

Nothing she did was good enough for the group that should have been her biggest fans. In 13 years of following this stuff, I’d never seen anything like it.

Who knows what’s next? Stephanie has always been kind to me despite being on opposite sides on a regular basis. I hope she’s happy.

And I’ll ask her about this photo. There was a statement made here. I’m just not sure what it was.

2022-07-14
Previous Post: DWTS: Alfonso Ribeiro is cool, but fans want less host chatter not more of it
Next Post: WWE: It’s okay to be cautiously optimistic about TV-14 change